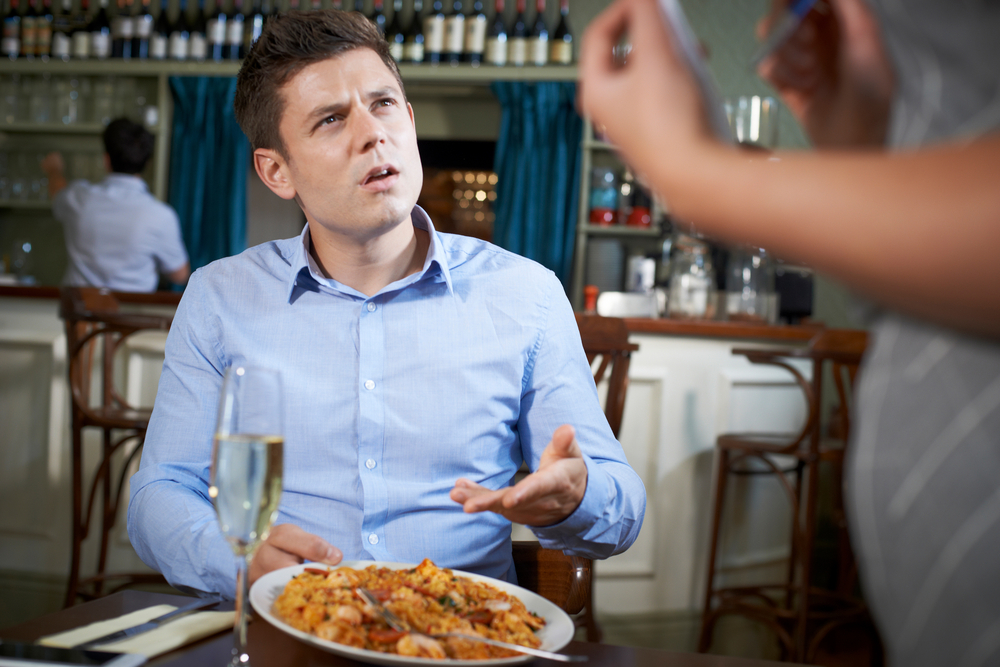 A SELF-CONFESSED ‘foodie’ who spends what little disposal income he has on eating out in restaurants every now and again has confirmed, through his incessant moaning, that his other big passion in life is complaining non-stop about the restaurants he goes to.

“You getting that breeze? There’s a breeze coming from the door. Dunno why you’d open a restaurant that’s more like a freezer. Not impressed, I can tell you that,” shared Ronan Farrell, deeply unsatisfied with the layout and temperature of Aoife’s Kitchen, a restaurant new to the Waterford scene.

“Jesus, these chairs are uncomfortable aren’t they? Squeaky too,” Farrell shared with his long suffering partner, Leah Toland, as he began leaning with purpose into the chair to intensify the squeaking and testing it to see if it was as flimsy as it looked.

Farrell, who eats out at least once a week, then turned his attention to the staff, menu, clientele, lighting, ambiance and paintings in the restaurant.

“€12 for a starter, what, has the mozzarella been made from the breast milk of the Virgin Mary? Honest to God the cheek of some of these places,” confirmed Farrell, already searching his head for the best put downs for the food he had yet to consume.

The sales manager is not alone in his deeply unsatisfactory experiences when out dining, Farrell is believed to be just one of the thousands of moany bastards who are never happy no matter the circumstances.

“Steak was like a leather shoe,” concluded Farrell who asked for it to be burned to a crisp. Farrell then shared a look with his partner which communicated ‘I’m going to give out to the manager for as long as it takes to get some money off this meal’.