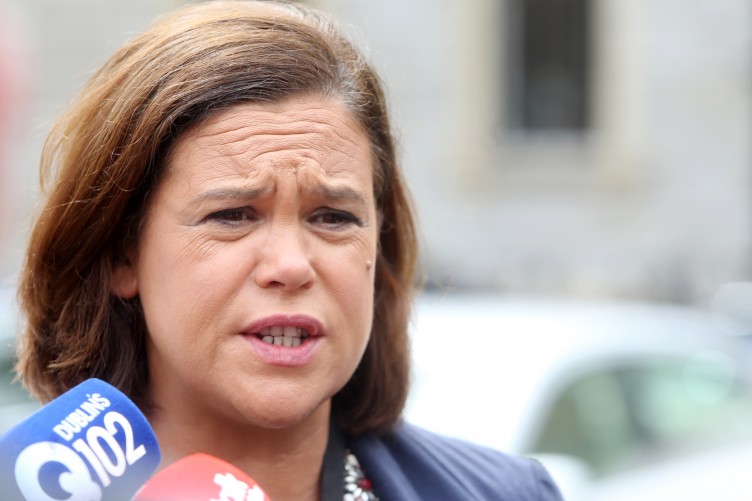 VOTING in Ireland’s general election on Saturday? Hungry for yet more information of the leaders of Ireland’s largest parties? Get to know Sinn Féin’s leader in detail below:

Superpower: Has the lowest center of gravity of any living TD.

Favourite inspirational quote: the entirety of the Proclamation as read by Liam Neeson, on repeat, for 24 hours.

Pastimes: Big into movies. All kinds of genres; Patriot Games, In The Name Of The Father, Michael Collins, The Devil’s Own.

Key message to public: Change the change so change can change change.

Most likely to say: “I’ve spoken to Gerry Adams about the hair, but you know how he is at times.”

Bonus facts: Didn’t audition for B*witched back in the day, where you hear that? Louis-fucking-Walsh probably? She was robbed, sang a Europop version of Come Out Ye Black and Tans, “it’s too political” says he, the west Brit prick.

Her favourite font is Comic Bobby Sands. Has no bank account; keeps all her money in what she describes as being ‘definitely not a grab-and-run bag’. Puts on a nordie accent when heading to the disputed territories. Has had a full articulated lorry license since she was 16. Unlike Gerry, freely admits being a member of the IRA.