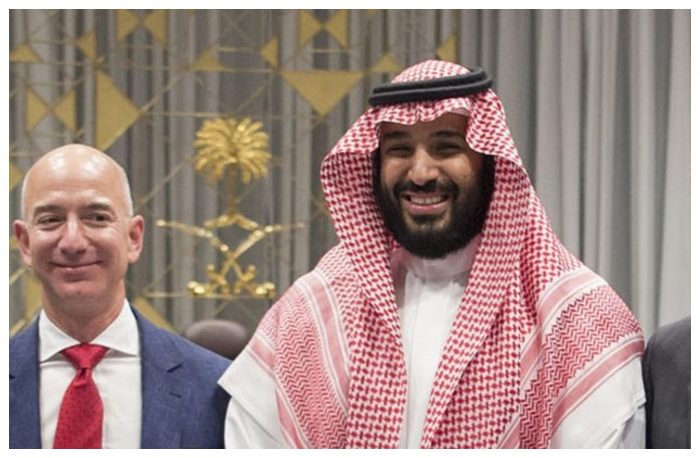 CHUCKLING with the sort of sociopathic remove required to be a member of the ruling family of a country that murders journalists and commits war crimes in Yemen, Mohammed bin Salman has sought to clear up accusations that Saudi Arabia orchestrated the hacking of Amazon billionaire and Washington Post owner Jeff Bezos’s phone.

“Oh you mean that ‘hacked’, no we’d never do such a thing. We thought you meant hacked hacked as in killing an innocent person and hacking their body up. Which is something we definitely did and do,” clarified bin Salman.

Security analysis suggests bin Salman could have obtained data from Bezos’s phone, including text messages detailing an affair he was having which were subsequently leaked to US tabloids.

“I’m actually, like, beyond offended. Is that what you think of me? Of Saudi Arabia? We’re not capable of such a thing, we’re only capable of far worse,” bin Salman added, perhaps referencing the murder and cover up of Washington Post journalist Jamal Khashoggi.

“Honestly, I can’t even with you right now,” protested bin Salman, completely taken aback by the accusations of hacking a phone. “You besmirch the reputation of a proud family and nation that normally only hits international headlines for sham trials, executions, human rights violation, illegal wars and a completely different form of hacking. Shame on you”.

The news that bin Salman has hacked Bezos’s phone has placed the general public in the awkward and uncomfortable position of siding with the owner of the tax evading Amazon Inc which has a terrible track record when it comes to workers’ rights, something Saudi Arabia will never be forgiven for.