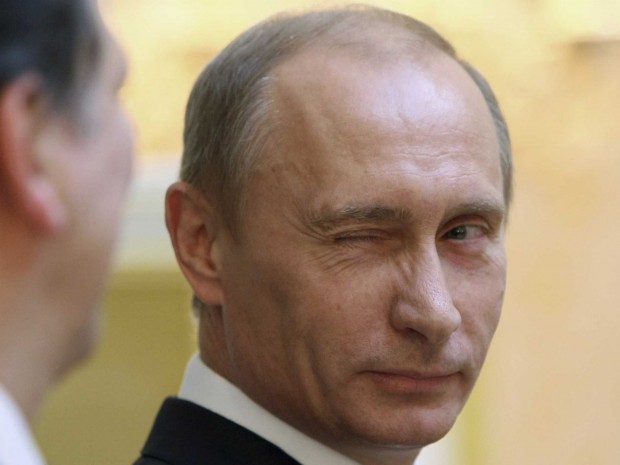 ANNOUNCING his intention to live forever and rule over Russia well into the 25th century, President Vladimir Putin has confirmed that he called a meeting yesterday with Russian PM Dmitri Medvedev and his government to inform them that they had voluntarily resigned.

“We can confirm that we resigned willingly as part of a constitutional shake up which is in no way designed to allow President Putin to remain in power past mandated term limits,” confirmed PM Medvedev.

“Furthermore, I am not a Putin puppet, it was my decision to accept that I had been told I had resigned,” confirmed the Putin puppet.

What comes next is in unclear, but in the meantime Russia’s shrinking circle of vocal Putin critics have been advised to avoid drinking tea and taking trips to Salisbury Cathedral for the time being.

Confirming that this is normal and everything is fine, Putin gave his annual state-of-the-nation address and had the following to say:

“I’ll be honest, I was taken by complete surprise. I was shocked when the PM and parliament told me I had told them they would be resigning with immediate effect”.

Putin’s ‘proposals’ for a reform on how politicians are appointed to government would coincidentally see him switching back and forth between position of President to Prime Minister, whenever it suits him.