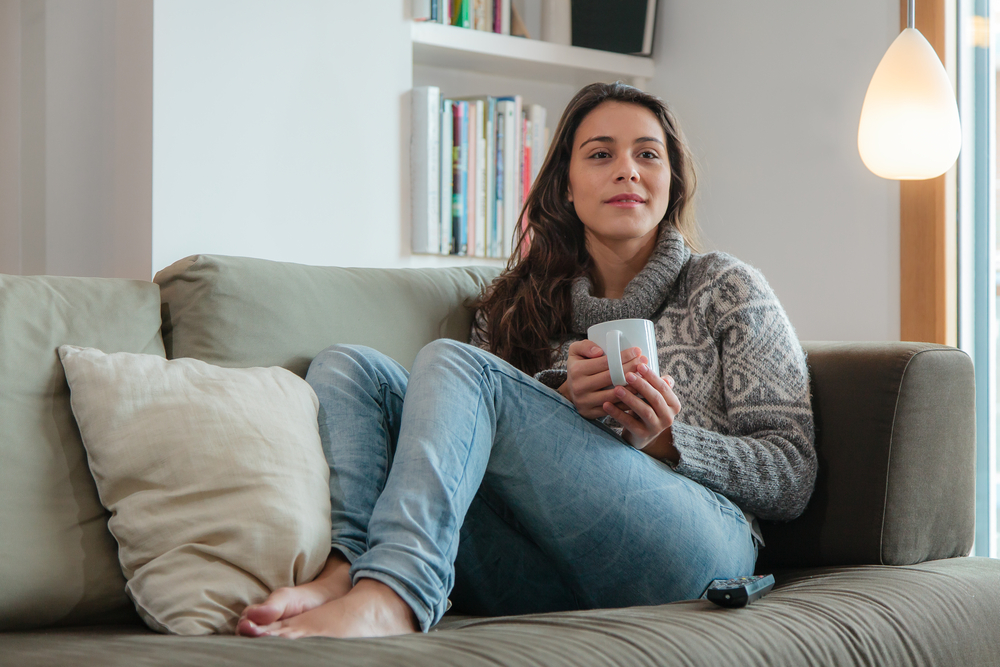 NERVOUSLY TAPPING her leg with the TV remote, clearly in the throes of some mental anguish, local woman Emma Kennedy is currently urging herself not to throw away the next two months of her life by getting addicted to watching Love Island all over again.

“You know you’re better than this Emma, don’t become a shut in whose brain turns to mush” Kennedy pleaded with herself as she contemplated two full months of doing nothing but eating, sleeping and living Love Island.

Having already familiarised herself with all the upcoming contestants, down to memorising the size of their waists, the names of their first pets and their favourite venereal disease, Kennedy was preparing to horrifically prejudge and criticise every contestant before later spending a small fortune on their dedicated Pretty Little Thing clothing range.

“It doesn’t have to be like this Emma, c’mon,” the 27-year-old reasoned with herself before some brief research on Google revealed that the time she will spend watching Love Island could be used to learn a new language, master the piano and still leave time to binge the majority of Netflix.

“Read a book! Watch the news to see if World War III has properly started yet! Exercise!” Kennedy’s voice in her head said to little effect.

“Don’t switch it on, I beg you. God, Emma, do you not remember you spent so much time on the couch last time your legs forgot how to walk!” the fading voice said as the Love Island intro burst into life on the TV.