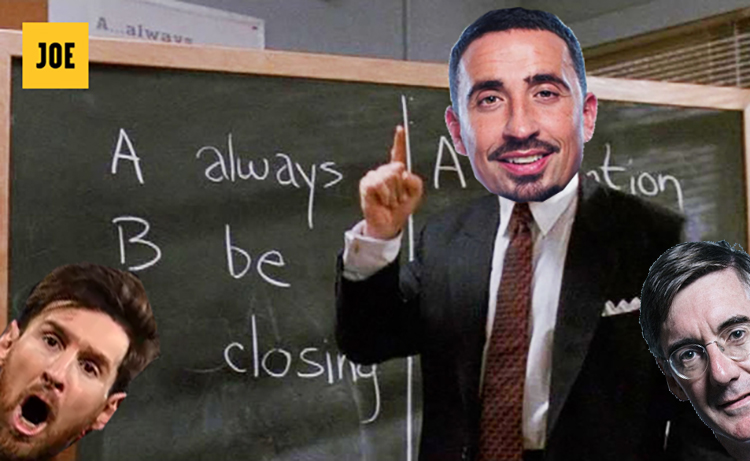 IN AN earnest attempt to acknowledge that falsely inflating listenership figures of sponsored content via ‘click farms’ is wrong, the qualified banter engineers over at Joe.ie have produced a HILARIOUS bobble head video set to copyrighted music and copyrighted video footage to convey how seriously they are treating the matter.

‘Click farm’ is the term used to describe groups of low-paid workers, often based abroad, hired to click on a website’s content to inflate the figures and give the false appearance of genuine audience interaction.

“What a hilarious video. I could watch several hundred more and never tire of the format,” confirmed one expert in online publishing, “also in cases like this that aren’t fraud, so don’t call it fraud, I’ve found that usually when wrongdoing is found out – that’s the end of it. It’s not just the tip of the iceberg”.

The controversy has so far seen the websites founder, Niall McGarry, stand down from Irish operations, who will now focus on the UK branded Joe.co.uk which is so good it famously launched with millions of online followers on Twitter and Facebook before even posting its first piece of content.

The laugh-a-century apology video has the internet in stitches and has so far racked up 145 million views within minutes, although figures are to be taken with a pinch of salt.

News that a major online publisher has been caught up in a controversy regarding the use of ‘click farms’ to artificially boost views of sponsored articles seemed like exactly the sort of article Joe.ie and Her.ie could copy and paste from other media outlets to host on their sites, but sadly loyal readers had to wait until now to learn of the story.

As a sign of respect, the world’s clickbait publications have vowed to refrain from publishing clickbait headlines like ‘This Clickbait Site Misled Audiences & Advertisers, You’ll Never Guess What Happened Next’ for at least 24 hours.