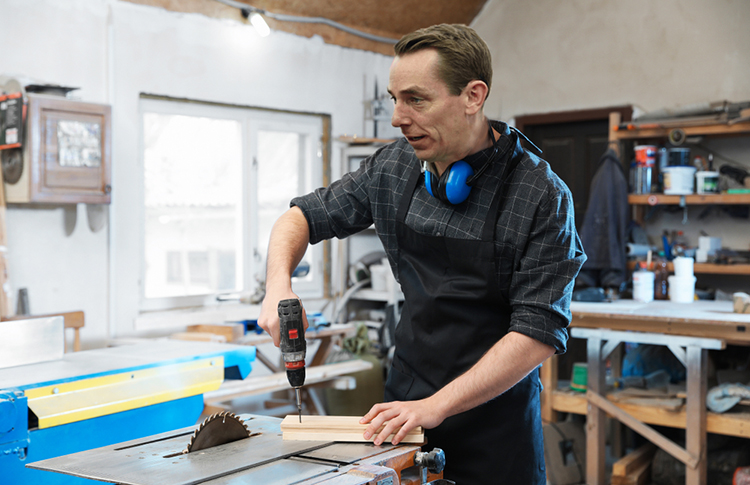 “MORE GLITTER! No, more than that! Where’s the feckin’ glue gun?” a visibly stressed Late Late Show host Ryan Tubridy barked from within the confines of a small shed on the grounds of RTÉ.

The host is facing the unenviable task of making every single toy that features on this year’s show from scratch, such is the dire financial situation RTÉ finds itself in. In a race against the clock Tubridy is personally crafting cheap knock offs of this year’s most in demand toys with whatever old tat he can find lying around the RTÉ canteen.

In another change from the iconic show format, the Late Late Toy Show audience will receive no lavish freebies. Instead, there will be collection plate for everyone in the audience with those in attendance asked to donate and raise funds for the national broadcaster.

“It looks nothing like her. Shit, shit, shit,” Tubridy mumbled to himself repeatedly as he carved away at his version of Elsa, a key character in the Frozen movies, from wood stripped off the RTÉ reception desk and some old Play-Doh he found down the back of his couch.

His aching hands covered in painful splinters, Tubridy has been sawing away like a maniac for 11 hours straight, trying in vain to construct crude versions of sleek and expensive toys in time for tonight’s 9.35pm kick off.

With only the one Argos catalogue between the entire production staff at RTÉ to go on for a reference, producing realistic copies of tricycles, Paw Patrol and other popular items is proving difficult.

The theme for this year’s toy extravaganza is ‘making do’ with the set made entirely from things Tubridy could fish out of a nearby skip.