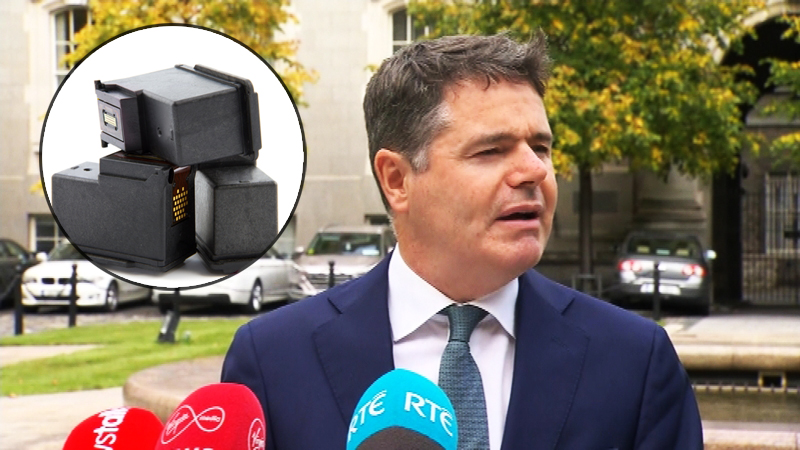 WITH the cost of the Leinster House printer now reaching the €1.8 million mark, the government has reluctantly admitted that in a rare misstep it may have needlessly overspent, before warning taxpayers that if they thought the printer was expensive, wait until they hear the cost of the cartridges.

“Like most printers, the ink is the most expensive part, so please don’t be mad when we tell you the price,” a spokesperson for the government wearing a helmet, stab vest and shin guards announced outside Leinster House earlier today.

“Okay, the cartridges are around two million euros each,” said the spokesman, slowly backing into the grounds of the Irish parliament before being pelted with missiles, “look, please, you must have known the ink would be dearer.. ” he added, now cowering in a fetal position on the ground as several members of An Garda Síochána intervened.

The cartridges, which will last a good 50 or 60 prints, will only print in black and white, a move the government wants to make clear was to bring down costs.

“Yeah, they’re expensive, but you should have seen the cost of the colour ones,” defended Taoiseach Leo Varadkar, fresh from printing off a really cool black and white selfie of himself with Wexford by-election candidate and Islamophobia fan, Verona Murphy.

Attempting to take the heat of the PR disaster and dismissing it as a storm in a tea cup, the government pointed out that if anything the public should be outraged about the Minister for Children handing back €60 million in unspent funding when 6,000 children still don’t have a social worker.