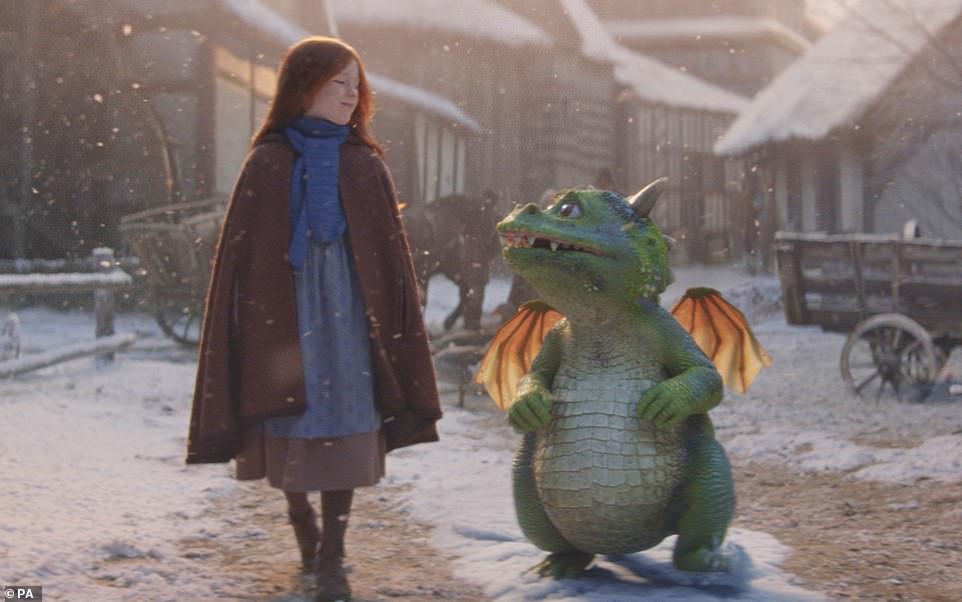 WITH ITS ‘Excitable Edgar’ ad John Lewis has abandoned cynically ‘soppy ads’ used to get the public to buy things they don’t need in favour of a brave and powerful message warning against the rise once more of fascism and far-right extremism.

“Obviously, any idiot knows this isn’t about a dragon – it’s a metaphor for the rise of fascism,” shared head of marketing at John Lewis, Louis Jean.

“First off, ‘Edgar’ is a dangerous fire-breathing dragon who causes destruction everywhere he goes, but as we see in the ad, foolish village locals ignore this and keep indulging him. As if his tendency to burn everything to the ground will be placated by people ‘seeing the best in him’, ‘trying to make breathing fire part of civil society’ or ‘just hearing him out’. He’s not gonna stay that small size forever”.

“Indulge ‘Edgar’ and look what happens, the ice collapses from beneath your feet, the trees around you are burned to the ground. Edgar is every racist aunt and uncle, the Brexit Party, UKIP, Trump, Bolsonaro. Sod selling stupid fucking gifts for Xmas – stop them before it’s all too late,” Jean added.

The company’s ad is a clear yet slightly on the nose and obvious defence of equality and democracy, but it’s also a disturbing cautionary tale.

“At the end Edgar lights a pudding, and the idiots celebrate – much in the same way when a xenophobic hate-filled figure or group does something ‘right’ we congratulate them wildly, thinking they’ve changed their ways but they are merely a wolf in sheep’s clothing,” Jean said.

The ad has been called the 21st century equivalent to Hannah Arendt’s The Origins of Totalitarianism, and while one person said “great, it’s about time we all took the rapid rise in xenophobia and racism more seriously” the remainder of the public told John Lewis “thanks for fucking ruining Christmas ads”.