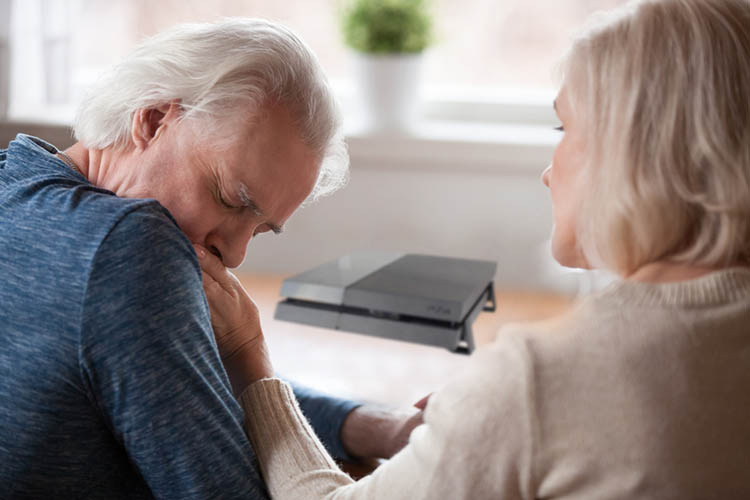 “You were our rock while we were hungover, you gave us leverage over our kids when they wouldn’t eat their dinners, you are the best child minder we ever had; thank you, Sony Playstation 2, 3 and 4, thank you, from the bottom of our hearts”: this was the emotional tribute given by a county Waterford couple when paying hommage in a moving ceremony earlier today to a recently deceased Playstation, which drowned in coffee last week.

Making a sign of the cross over the now unuseable computer, local priest Fr. Tomas Hackett blessed the Playstation 4 before echoing the Murphy’s kind words about the games console.

“Blessed are the gamers, for they shall have great spacial orientation,” the priest said now dousing it holy water.

The small but intimate ceremony was attended in the Murphy’s ‘good room’, where friends and neighbours gathered to also pay their their respects.

“I remember when the lads were 9 and 11 and we won that holiday away to Spain but couldn’t get a babysitter in time, you were there for us,” father of the family Tadgh Murphy began his eulogy, wiping a single tear from his cheek, “Cathy was dubious at first, but when I showed her the new Final Fantasy 7 box and average game completion time, she knew it would be all okay and what a peaceful holiday we had”.

Now in their late teens, the Murphy boys offered up symbols of their appreciation to the priest, who in turn blessed them in prayer.

“Lord, recognise this offering of a scratched Crash Bandicate 2 and pawed Fifa 2008,” he said, holding both discs in the air, “remember the joy and love for these games these boys once had and bless the Murphy’s for their appreciative nature. Amen”.

“Sure, it owes us nothing at this stage,” mother Tanya Murphy said, now hugging her family as the now dead Playstation was packed away into its old box, “sleep well, fun one… sleep well”.