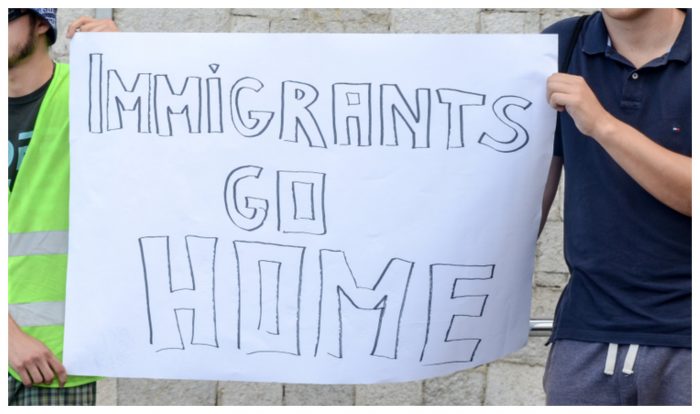 FOLLOWING the glee with which some sections of Ireland celebrated the news that 13 female asylum seekers would not be temporarily housed in an Achill hotel due to overcrowding in a broken Direct Provision system, Ireland has made the decision to switch its official tagline from the land of a hundred thousand welcomes to ‘The Land Of Hostiles Welcomes’.

“The ‘Céad Míle Fáilte’ still applies of course if you’re a Yank with money but just not if you’re a refugee fleeing persecution, violence, certain death; ya know the exact sort of stuff that really riles up the racists,” explained a Tourism Ireland spokesperson.

Among other titles under consideration were believed to be ‘the land of a thousand twitching curtains’ and ‘the land of looking over both shoulders before saying something racist’.

“We can’t continue with the old saying, as recent protests have shown us it’s technically false advertising at this point and we’d be sued into oblivion,” explained a legal expert on the matter, Sarah Tuane.

The government, who run and administer the inhumane and shameful Direct Provision system, have gone on record in recent days to state their distaste for the protests, defending asylum seekers and bravely fighting back against a tide of xenophobia and dangerous stereotyping.

“No, no, sorry now, no. That’s not true, the Taoiseach actually started complaining about ‘economic migrants’ from Albania and Georgia, stating they’d have zero reason to leave their country, even the gay Georgians, who according to 93% of their fellow citizens are an abomination,” explained Chief Reality Checker for Ireland, Cian Conway.

Elsewhere, a refugee family currently on a bus arriving in a rural Irish town are really hoping the angry crowd up ahead foaming at the mouth are holding up ‘Welcome To Ireland’ signs.