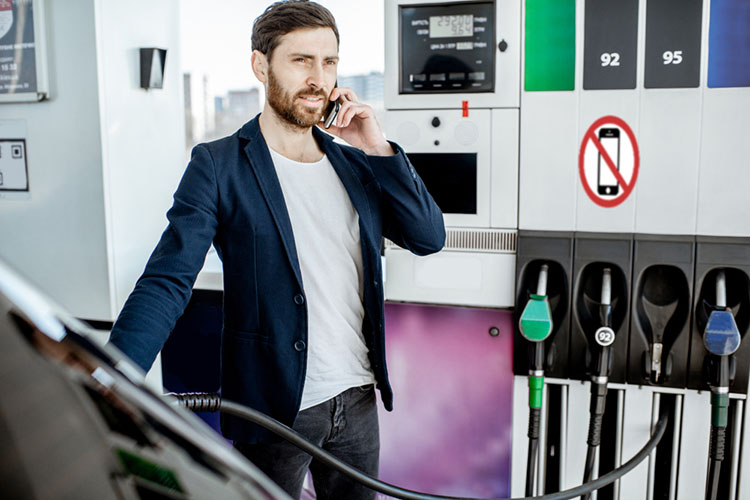 LOCAL PATROL stations have been warned to be on the look out for a total bad ass who put dozens of lives in jeopardy by checking his phone while also filling petrol at the same time.

CCTV footage of the man, believed to be in his late 20s and without an ounce of respect for the world he lives in, shows him operating petrol pump 8 before taking out his smart phone and scrolling through its screen.

“Every eejit knows that if you use your phone near a petrol pump that the spark plug in the phone could cause a nuclear style explosion and vaporize everyone within 100 miles,” fuel injection technician Barry Freeman explained, who works on the forecourt of a local filling station.

The suicide bomber has so far been spotted at four different petrol stations around the southeast with tensions now running high across the county.

“He’s probably really depressed or something and just wants to die,” investigating gardaí believe, “we ask customers using fuel pumps to check and make sure that there is no one using their phones around you, and if you do see someone, to stop, drop and roll under your own car for safety.

“If there are kids in your car just leave them as it will already be too late for them – save yourself – you can always make more,” the garda added.

Over 56,000 people are blown to pieces every year in Ireland while using their phone near petrol pumps, with a further 70,000 people horribly injured.