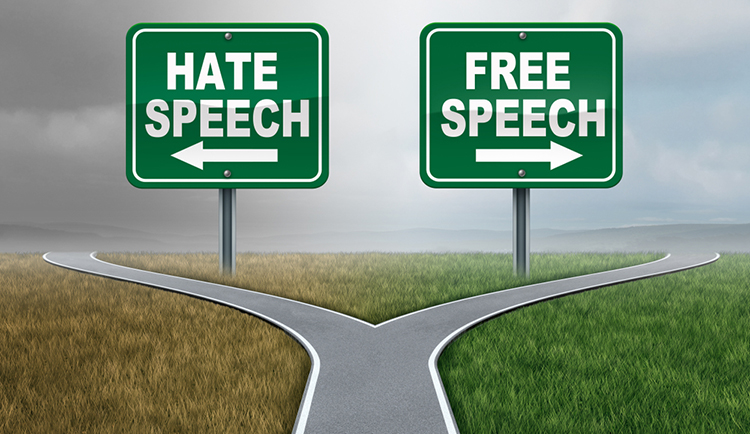 HATE SPEECH legislation is being earmarked as a priority by the Fine Gael led minority government as a way to combat an increase of racist, xenophobic and homophobic hate speech being used online and in public.

The news has been welcomed by those who have been victims of vicious and repugnant verbal attacks at the hands of proponents of hateful rhetoric.

In a bid to help better understand how such things can be legislated for WWN answered some reader questions:

Question: I’m racist and I don’t like the sound of this, could I end up in court?

Answer: Unfortunately, it looks like this sort of thing will do just that. Enjoy being a horrible human being who spouts racist bile in public and online while you can.

Q: Can we trust the government to make hate speech laws workable without being used solely for the purposes of shutting down debate on all manners of issues?

A: Oh, absolutely not, this is the Irish state we’re talking about after all.

Q: Suppose it was too much to ask, after all, didn’t the government get the police involved when someone hung a nude portrait of then Taoiseach Brian Cowan in the National Gallery as a joke?

A: Jesus, you know your stuff. Yes, gardaí were dispatched at the behest of the government to investigate on the grounds of ‘incitement to hatred’ as well as ‘criminal damage’. But no, look, politicians will probably have learned from this, there’s no way it’ll be used to silence people.

Q: Hang on, so where does ‘freedom of speech’ come into this?

A: You’ll just have to wait and let the government tell you what is free speech.

Q: Will it get to a point where you can’t be overly critical of someone who is in a position of power?

A: Sadly, we missed the boat on that one a long time ago.

Q: Under these proposed laws, could you give me an example of what you might not be allowed to say?

A: Hmmm, you probably won’t be able to say something like ‘government ministers don’t care about homeless people, in fact they actively side with accumulating wealth over people and these craven bastards are in the pockets of the property industry. Doesn’t matter who suffers, these cunts don’t give a shit about anyone’. But honestly, these laws will probably only ever be implemented in cases of blatant racism, there’s no way the definition will be so ambiguous and broad that it will be exploited by authorities.

Q: Could you still say something like ‘Leo Varadkar looks like a hollowed out husk of human who’s skin was repurposed by a sentient, but evil robot so it could infiltrate society unnoticed all in a bid to cause immense suffering to the most vulnerable people in Ireland’?

A: Depends who’s in government at the time and how quick they are to ring the nearest garda station demanding action be taken and a squad car be sent around to Twitter user @SocDemProgressiveFan91’s house to arrest them for saying such a thing.

Q: This sounds like it could be a disaster

A: It’ll be probably fine, just trust the government and leave them to it. It’s not like they’ve previous for creating massive fuck up after massive fuck up.