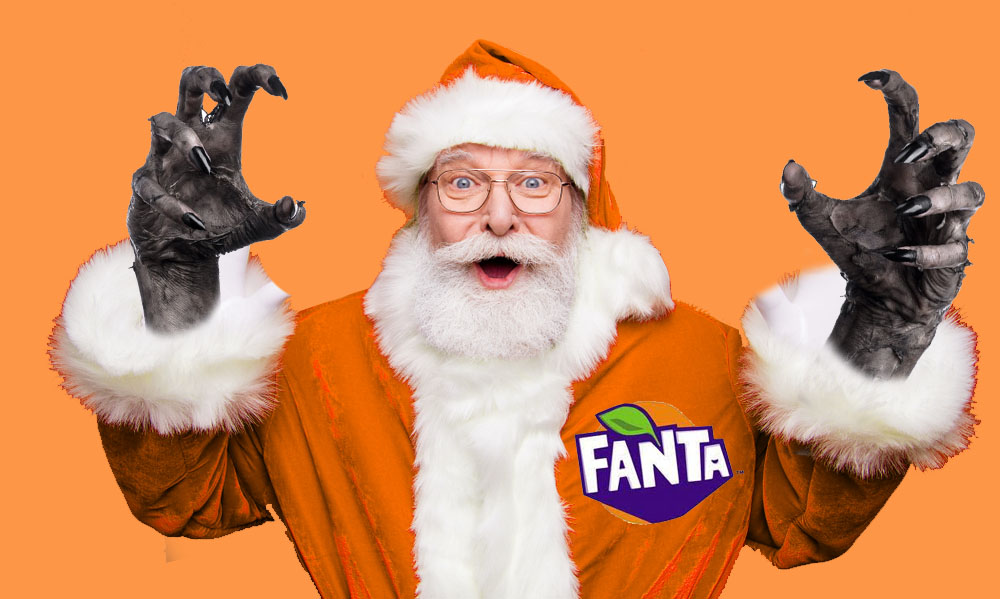 SINCE the beginning of time brands have been coming up with clever and creative ways to engage with their customers on an emotional level, some using characters like 7up’s Fido Dido, Nestle’s M&M guys and of course, who could forget Ireland’s infamous Saint Patrick character who helped sell billions of cheap Irish merchandise over the years, but what ever happened to the ones that didn’t make it? WWN looks back on one of the most infamous brand characters of them all, Fanta Claws.

Launched in October 1986 by fizzy drinks manufacturer Fanta, Fanta Claws got off to a great start, initially, and slowly crept his way into the nation’s psyche, with children copying his repetitive ‘Mwahohoho’ tagline and acting out his unforgettable claw stance.

“Sales began to surge, I remember buying yacht magazines and looking at brochures for private schools for the kids,” Fanta creative director, Terry Power recalled, who originally came up with the idea, “then, just two days before Halloween, we got the call”.

On October 29th, Gardaí were called to a disturbance in St Steven’s Green Shopping centre in Dublin, where two elderly gentlemen were engaged in an altercation, one wearing a Santa Claus costume, and the other was, Fanta Claws.

“We believe the man in the Santa Claus costume confronted Fanta Claws about ‘copyright infringement’,” Gardaí at the time reported, “Fanta Claws retorted by saying it was way too early for Christmas, and to feck off for another month at least, and it all kicked off from there”.

The clash, which was filmed by a bystander on an 8mm camera, soon went viral across the world, sparking the age old debate whether it’s too early to advertise Christmas just as Halloween ends.

“In one respect, the sight of the two characters engaging like that with each other was awful, but on the other, it did stop businesses pushing Christmas stock too early, albeit for a few years” a spokesman for the brand concluded.