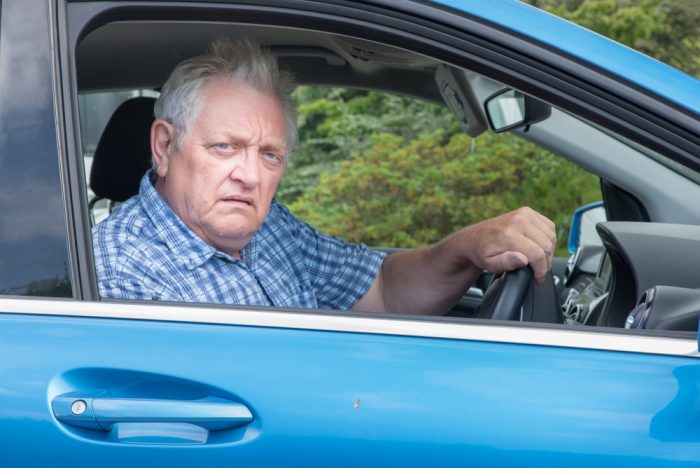 AS THE NUMBER of people overwhelmed by the complex and contradictory twist and turns in Brexit continues to rise, more and more people are turning to taxi drivers to keep abreast of the most pressing and important emergent details.

In a bid to save you a few quid on a fare, WWN secured the services of taxi driver, Tom Craggan, took a spin around town and made sure to stay completely silent and not engage with him in any way, thus making the possibility of him going on Brexit an inevitability.

“General election? General-fucking-election, more like general-fucking-deflection,” Tom explained, indicating that perhaps a general election is to be called in Britain in the coming days, and that it’s a classic case of putting politics before the people?

“Corbyn? Jeremy should be Cor-binned? And what, he’s going to win an election? If you think that my friend, I’ve some magic beans to sell you,” from Tom’s exchange here it appears Corbyn is expected to lose any potential election, “and let’s not forget he had a 10-year affair with Gerry Adams”.

“And that Withdrawing Deal. No, wait, is it called that? The Withdrawed Deal? Anyway, border down the Irish Sea? Isn’t that what Theresa said must never happen? Effectively breaking up the Union and that,” Tom here could be talking about Theresa May, who was dragged and flayed for presenting a much better deal for Britain before the Commons, than the one proposed by Boris Johnson and subsequently passed. But Theresa could be his wife, who knows, Tom is light on details.

“Says the same thing every night watching the TV does my Theresa, they’re all liars, every single one of them,” okay, Tom’s wife is called Theresa? Is his wife Theresa May? Relying on taxi drivers for our Brexit news is actually tougher than first thought.

“And the immigrants, it’s not racist to say…” for decency’s sake, we have omitted the next 30 minutes of Tom’s one-sided conversation.

“Stupid fucking cunts are going to go with Boris, aren’t they?” ah, okay, this one is much clearer, Tom is talking about the British electorate in the case of an election being called.

“That posh twat has nothing but contempt for ordinary people, looks like a haunted charcoal drawing brought to life by a witch’s curse,” presumably Tom was talking about Jacob Rees Mogg.

“Honestly, how fucking hard can it be to leave the EU, a newborn puppy could do a better job, it’s not rocket science. I tell you what, you get me and my mate Gav in, we’d sort that lot out and have the deal signed and done by the end of the day,” Tom concluded, pulling his car into his own driveway after absent-mindedly driving home instead of dropping us to the train station as we requested.