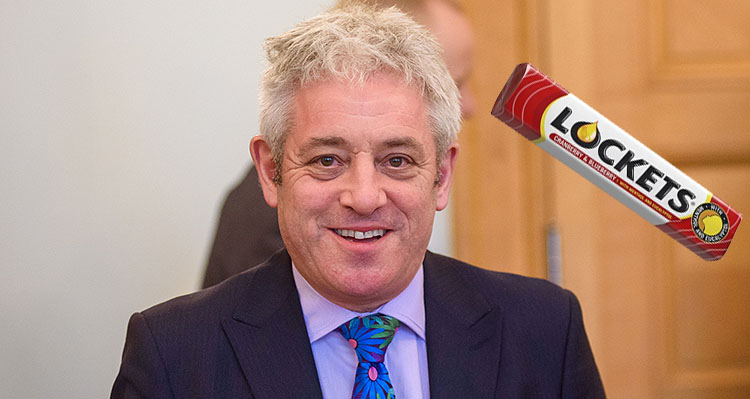 EVERYONE’S favourite speaker of the House Of Commons John Bercow needn’t worry about being stuck for a few quid after stepping down from his position after the canny orator has lined up a plum role as the spokesperson for Lockets, the popular throat lozenges.

Bercow was seen as a ‘perfect fit’ for the brand, with his trademark bellowing of ‘ORDER!’ in parliament never quavering throughout three years of yelling at the government to sort themselves out and behave; a trademark that can be leveraged into ads about the soothing, voice-saving benefits of Honey and Lemon Lockets.

The news comes as a relief to Bercow ahead of his retirement on October 31st, as he had failed to get on board the ‘Brexit Gravy Train’, like so many of his peers in the House Of Commons have done.

“There’s loads of politicians and their mates; not naming names here, but you’d know them rightly, who stand to make a fortune from a No-Deal Brexit” said a spokesperson for Bercow, probably called The Honourable Justice Of the Lightning Sword or some shit like that.

“And then you’ve John, who didn’t have some hedge fund managers working on shorting the pound after we crash out in November, who had to go looking for nixers. Luckily, Lockets came with a great offer, narrowly beating offers from Halls and Fisherman’s Friend”.

Bercow has also booked a nice gig in a local creche, where he will put his skills at handling childish behaviour to good use.