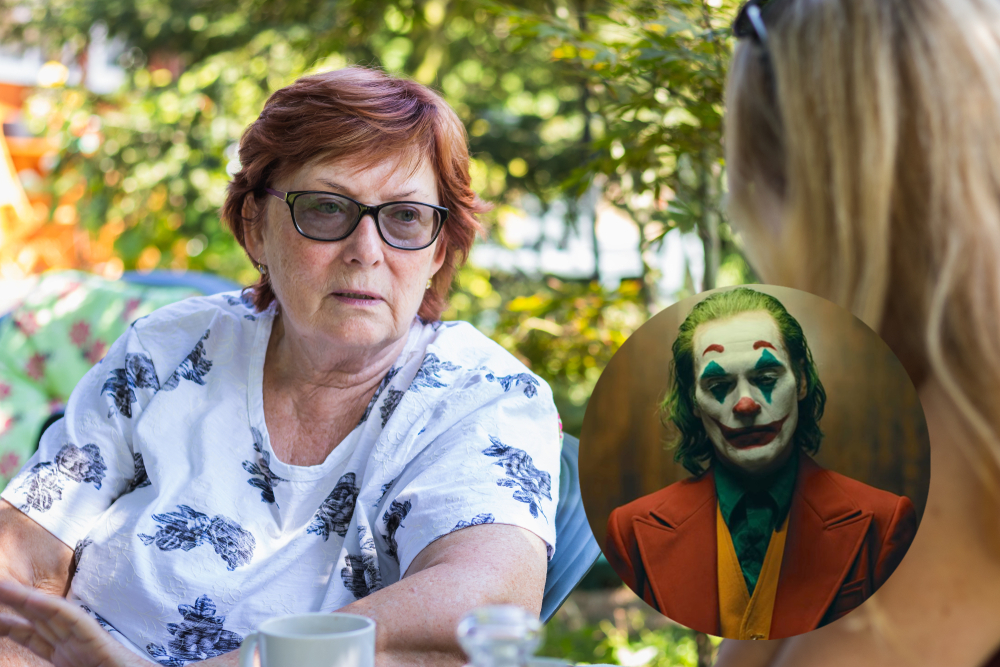 The Joker, released today in cinemas, illegal downloads, in the ‘synopsis’ section of Wikipedia pages and in carefully crafted online summaries designed to coax people into apoplectic rage fits is directed by Todd Phillips and stars Joaquin Phoenix.

In an effort to make no effort whatsoever to provide an actual expert on such matters with an important platform in a widely read publication that could see this push for faux controversy disproved and deflated we have instead asked Karen Carty (51), who is very mad at the violence and toxic messages contained in a movie she hasn’t seen, to review ‘The Joker’:

“I don’t like it,” Karen, a mother-of-three, began while tutting dismissively.

“Suppose it’s not as bad over here when ya show violent sorts of movies, but Jesus Christ, people over in America are trying to go see this movie dressed as the Joker. It’s depraved stuff,” Karen added, alluding to some US cinemas operating a ban on people wearing Joker clothes, but allowing people to carry guns because America.

“What ever happened to that hunk Cesar Romero who used to be Joker, how did the Joker come to this? I remember the worst violence in Batman was when they were climbing up the side of a building and being shouted at by apartment owners, now it’s bombs this, semi-automatic weapons that,” added Karen of the bygone era of the 1960s when murder had yet to be invented by violent video games.

“I hear it’s awful violent, and it’s making kids mad for murder,” a shocked Karen explained, one hand covering her mouth to further illustrate her shock at coming to the conclusion that someone had made a movie that was so violently persuasive it could flip a switch in thousands of innocent minds and turn them into demented killers.

“I don’t like it,” Karen reiterated. “They shouldn’t be allowed make that sort of movie,” added Karen turning angry at the thought of a film news outlets told her would give her that warm angry feeling if she just clicked the link on their article.