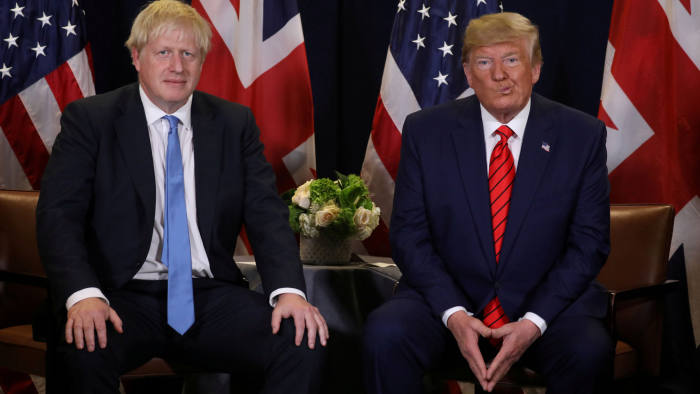 TAKING A break from suggesting glass hammers and chocolate teapots could be potential solutions to the Irish border issue, prime minister Boris Johnson has apologised and taken full responsibility for allegedly groping a journalist’s inner thigh at a dinner in 1999, by blaming it entirely on an older world leader who said it was cool and that people let you do it when you’re famous.

Attempting to minimise the damage such an allegation could cause the PM, Johnson’s overworked aides suggested that a naive Johnson was merely trying to impress an older man whom he looked up to and ‘didn’t want to disappoint’.

“What a laughable attempt at an excuse. The explanation doesn’t make sense; the times, dates and circumstances are all off. Did these morons even bother to do any research,” one outraged Briton said, however, it is unclear if they were talking about the current groping allegation or every single decision taken by a British government in the last 3 years.

Johnson’s handlers also denied the PM only illegally prorogued parliament, lied through his teeth during the Brexit referendum campaign, engaged in multiple extramarital affairs and used his position as leader to line the pockets of friends just because ‘a bigger world leader also did that kind of thing’.

Asked for comment the weary British nation shrugged its shoulders, unable to feel shock or anger, and returned to wishing someone would end the interminable horror and misery that is existing at this very moment in time in Britain.