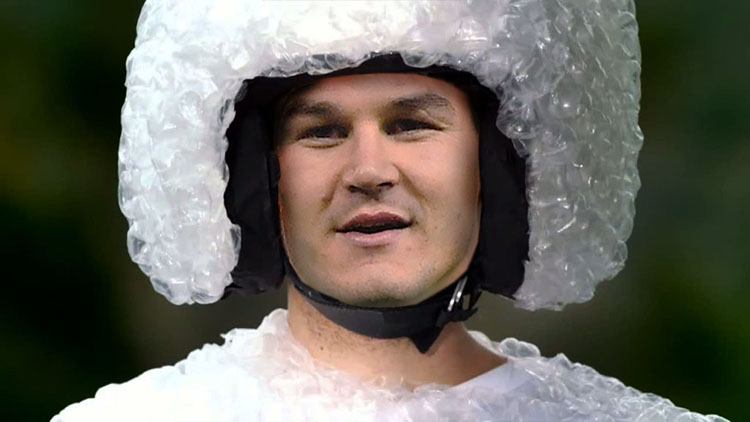 IRELAND coach Joe Schmidt confirmed that Connacht out-half Jack Carty will start in the game against Japan tomorrow and that Jonathan Sexton will remain upright and stationary in a giant roll of bubble wrap until a potential quarter final game against South Africa.

“Johnny’s a pro, so he won’t mind and when it comes to going to the toilet in that thing, look, no one’s going to judge him,” explained Schmidt, refusing to take any risk with Japanese toilets which have a number of settings, features and buttons that could cause injury.

Schmidt denied that hiring people to cut up and chew Sexton’s food for him was perhaps going a little too far.

“It’s just a precautionary measure,” explained Schmidt as he asked anyone within 1 mile of the Leinster number 10 to dress in cotton wool and refrain from talking too loudly for fear it could cause Sexton’s limbs to spontaneously combust.

A member of the media was then thrown out of the press conference for looking directly at Sexton’s glutes and a HIA was ordered after a light breeze wafted over Sexton when a nearby window was opened.

Elsewhere, Irish fans have pleaded with World Cup officials to play games later in the evening in Japan as piss-ups starting at 8am Irish time are proving very difficult to sustain.