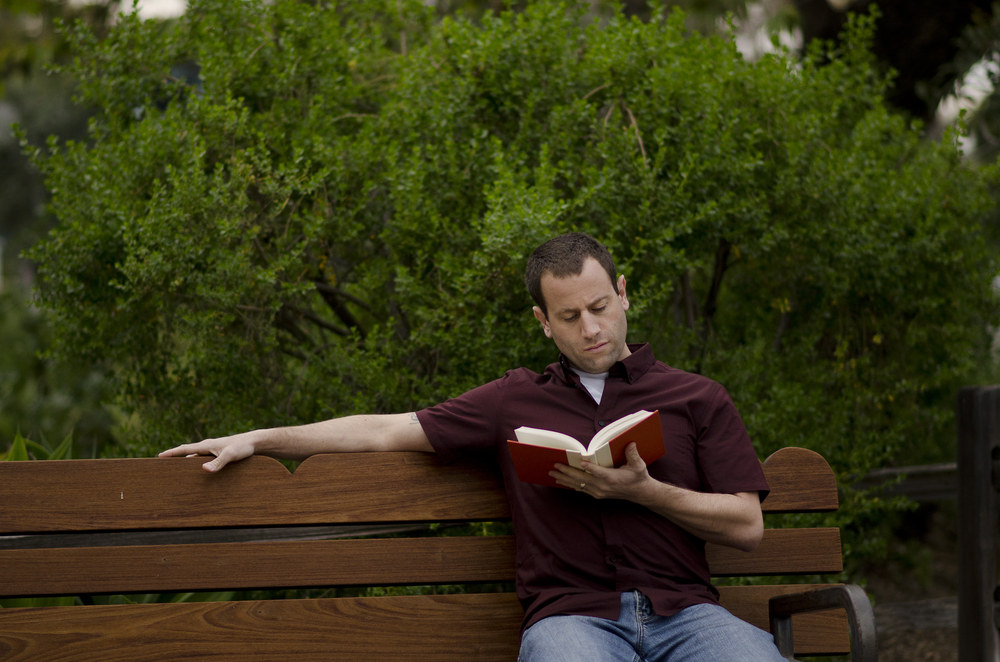 IN WHAT IS being described as a flagrant and brazen attempt to show off, one Dublin based man has been spotted in full view of the public looking all intellectual while reading a book on a park bench, much to the disgust of passersby.

His fingers loudly caressing the edge of a page before nonchalantly flicking it from right to left, Fergal Menton has been working hard to let anyone within seeing distance know he is well able to own and operate a book.

“Give it a rest, pal,” remarked one passerby who couldn’t believe the pompous display Menton was putting on.

“Oh mister big shot with the medium to long attention span, aren’t you great. Why have you got to shove it in all our faces? You should do this sort of stuff in the privacy of your own home. Go on, get outta here and stop making us feel bad,” shared another voice from within a growing angry mob that had surrounded Menton, forcing the man to run away, but not before folding a dog ear in his book so he’d know exactly where he stopped reading.

When approached by WWN, Menton, the arrogant piece of shit who thinks he’s better than everyone else, denied all knowledge of his boastful actions and merely stated he was reading during his lunch break and “making the most out of a nice day”.