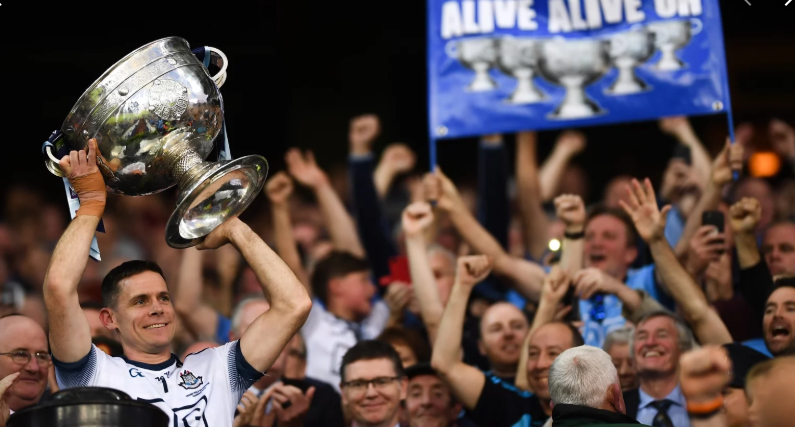 THERE were jubilant scenes at Croke Park on Saturday evening following Dublin’s thrilling All-Ireland victory against ah who are we kidding, nobody gave a fuck then and nobody gives a fuck now.

Claiming an historic fifth consecutive All-Ireland victory, the Dubs… actually, no, now that we read that first paragraph again, there weren’t any ‘jubilant scenes’, there were subdued scenes, ho-hum scenes, scenes like you’d expect after watching the same shit happen for the fifth year in a row.

The Kerry team were gracious in defeat as the final whistle blew on the final scoreboard, which read… we’re not sure.  We were kinda checking our phone throughout the whole thing, playing Words With Friends against some Ukrainian lad who kept killing us with six-word scores.

“What the fuck do you want me to say?” stated one sports pundit we spoke to after the game, well, not after the game, but like after the point in the game where it had become clear that Dublin were going to win.

“Just run whatever I said last year and it’ll fit. Dominant in midfield, great play from Connolly – they usually have a Connolly on the pitch – great tactics from the backroom staff etc. It’ll all tally. ‘You can stop the Dubs next year?!?!’, that kind of shit”.

Meanwhile, Dublin’s senior football dominance has inspired a record number of minority players around the country to just pack it all in and take up drinking full-time instead.