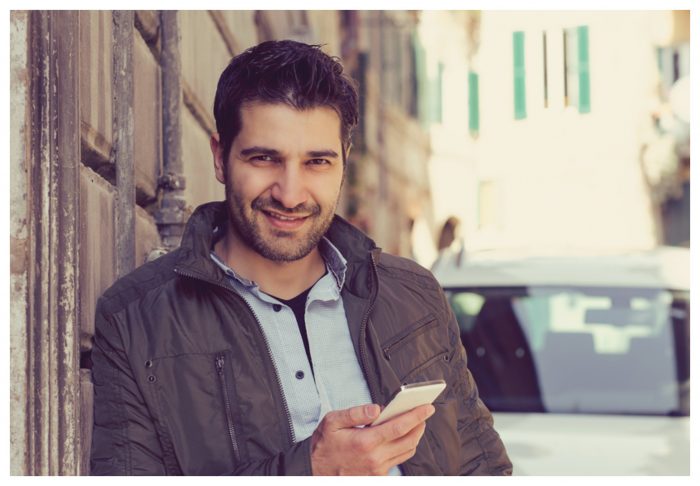 OUGHTERARD man Gearoid Conleth has strengthened his stance against housing asylum seekers in a local disused hotel, due to the fact that some of the ‘so-called refugees’ have ‘mobile phones and everything’.

Conleth, who is certainly not in any way racist, claims that opening a Direct Provision Centre in the former Connemara Gateway Hotel would only lead to an influx of economic migrants and scroungers from around the world, who are about to pull off their masterplan of ditching their homes and families in favour of a plush life in sunny Oughterard.

Speaking at the ninety-fourth meeting called by himself to protest against converting a derelict hotel into a housing facility, Conleth gave an impassioned speech where he brought up, yet again, the fact that he saw a Syrian man with an iPhone once, therefore making any claim of asylum null and void.

“iPhones are expensive, and this lad from Syria had one… now tell me how he can say he’s fleeing war, but has a phone like that” said Conleth, addressing a crowd of 100 other non-racists.

“Refugees are destitute, down-trodden, ash-cloth wearing hobo creatures, but some of the ones I’ve seen around town look like they actually had jobs and homes and pretty good lives before coming over here. What, are we expected to believe that just because there was some ‘war’ or ‘famine’ that they left their homes behind, with only the clothes on their backs? And their phones; what, are we to just accept that they brought them with them, to maintain some form of contact with the people they left behind? It doesn’t add up to me, and I refuse to even try”.

Meanwhile, Conleth has yet to make any claims against the local business people who are under contract from the government to build and maintain Direct Provision Centres around the west, as those lads are ‘just doing their job, sure isn’t it great for them’.