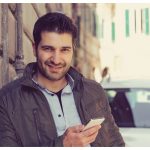 OUGHTERARD man Gearoid Conleth has strengthened his stance against housing asylum seekers in a local disused hotel, due to the fact that some of the ‘so-called refugees’ have ‘mobile phones and everything’. Conleth, who is certainly not in any way racist, claims that opening a Direct Provision Centre in the former Connemara Gateway Hotel would only lead to… Read more »