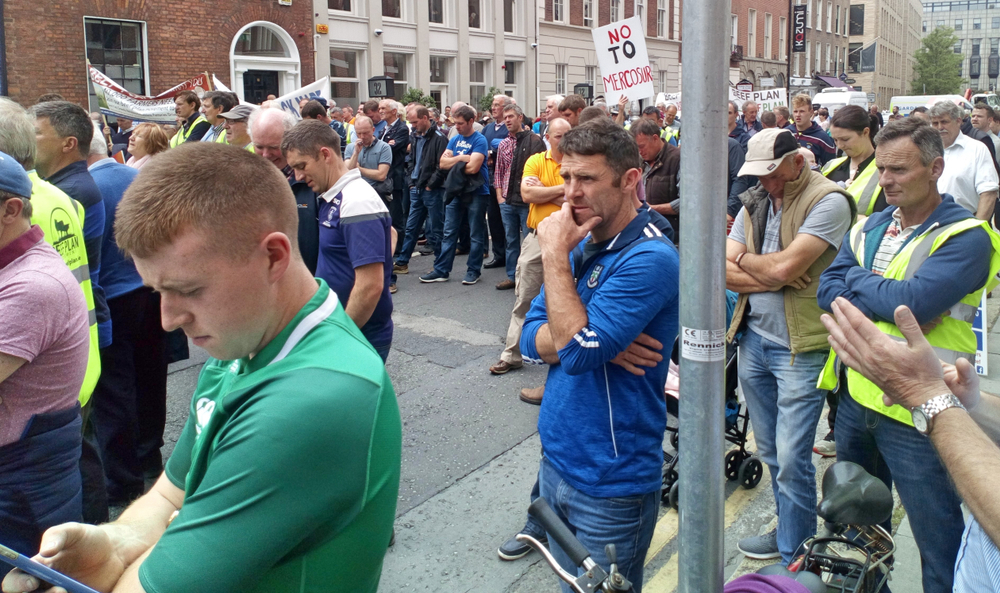 NOT WANTING to misrepresent a complex situation regarding an industry he has little to no knowledge of, one lad in work has confirmed he’s got this whole beef dispute situation nailed down after drifting in and out of listening to the radio on the way into the office this morning.

Thomas, a co-worker of middling capability, has let it be known that according to the reports beef farmers are ‘always fucking moaning’ however, beef purchasers are ‘probably taking the piss a little’.

“According to the radio, because of these eejits the traffic bumper to bumper on the M50…no I think that was just the traffic report on the radio actually, I drifted in and out of listening to be honest, but still they’re always moaning about things I’ve no time to be listening to,” explained the man who must be now in demand at any potential negotiations between Beef Plan Movement and Meat Industry Ireland.

Further elaborating in between factual errors, or comments on the sexiness of the radio reporter’s voice, the fella who works in sales also stated that “loads of people are after being fired and that, it was either 300 or 30,000, can’t remember, and it was either temporary lay offs or proper lay offs, but sure that’ll be a drop in the ocean if this hard Brexit shite happens. Farmers some mad at some foreign politician lad Marco Sore”.

Slowly but surely a crowd began forming around the beef dispute-whisperer’s desk, with people desperate for a concise and easy to understand breakdown of continued protests, negotiations, tensions and tomfoolery.

“There was something about having cattle under, what was it again, under either 30 months or metres. Jesus, the size of some of them cows,” concluded Thomas before promising to return with more information after his commute in tomorrow.