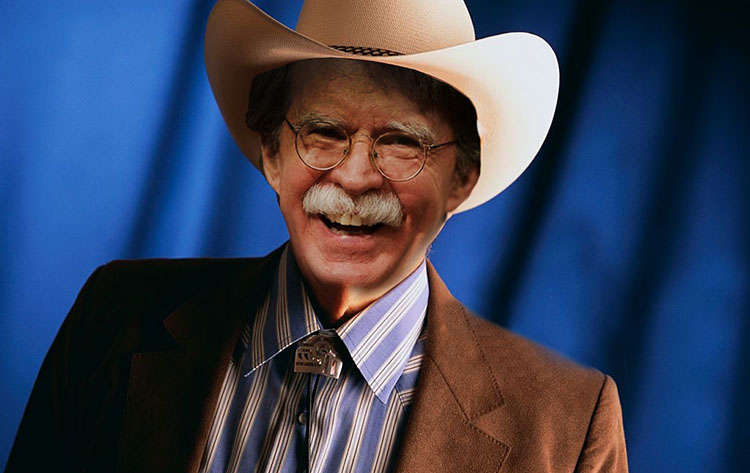 FORMER National Security Advisor John Bolton has opened up about his new job following his departure from the White House this week, and claims that he’s ‘very excited’ about the opportunity to head into the west and blast rustlers, critters and varmints.

Although mystery looms over whether Bolton was fired by President Trump or quit on his own, the 70-year-old was forthcoming about being the consarndest Sheriff the plains of Wyoming has ever seen, and that his trademark braggadocio will come in handy… as will the ‘big iron’ on his hip!

“Yup, Bolton gon’ come deputise I’d say bout half the town next week, then we’re fixin’ to follow the creek until we find the lair of them on-good Cassidy boys who’ve been a’whoopin’ and a’hollerin’ and kickin’ up a hell of a fuss” said some yokel we spoke too.

“Iffin them there boys up in Warshingon D.C. don’t think there’s a place in this world for a man with steel-blue eyes and a moustache like two mustangs fuckin’, then we’ll gladly accept him into our little town where he can end his days chewin’ dip and drinkin’ neat whisky, banging whores and puttin’ a hurtin’ onto bandits and the such like”.

UPDATE: Bolton’s first day as the rootinest tootinest cowboy in the west has ended in a trip to hospital with severe facial injuries, after he was tricked by a rabbit dressed as a woman into firing a shotgun with the barrel tied into a knot.