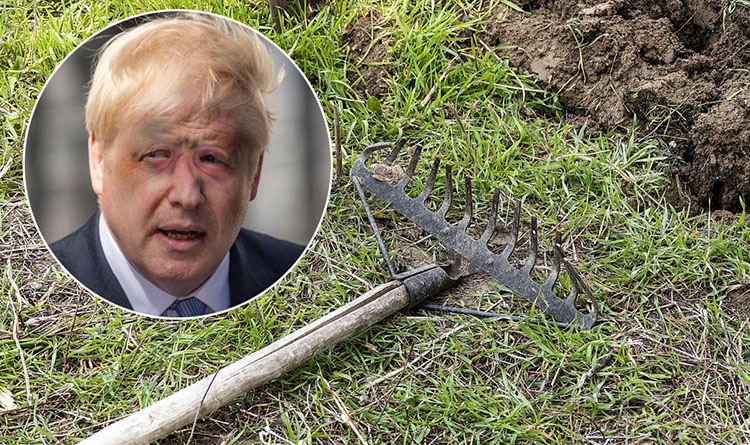 UK Prime Minister Boris Johnson is on high alert for a sixth smack in the face from a rake that he has trodden on, having already received five heavy blows to the mush already today.

Johnson received his first garden implement to the face earlier this morning, as he stepped out of bed freshly rested from a big sleep after a tiring day in which he stated emphatically that there would be no general election before November, only to row back on this moments later in the face of opposition from within his own party.

The Prime Minister went on to stumble blindly into rake after rake as he went about his day, as the ‘deal or no deal’ Brexit date of October 31st grew closer by the minute, with no apparent solution to the onerous Border backstop issue in sight.

“Everyone has warned him about the rakes, but he just keep stepping on them” sighed one Downing Street employee, filling out her CV.

“Not only that, but every time he stands on a rake, he acts like he knew the rake was there all along, and that standing on the rake was his intended goal, he’s happy he stood on the rake, and that standing on rakes and letting them smash you in the face is part of what makes Britain great. Anyway, we’ll see how the week rolls on. Something tells me we’re going to need more rakes”.

Meanwhile, doctors are suggesting that the rake-face interactions Johnson has experienced may have shook something loose in his brain, as he now has a greater acceptance and understanding of just ‘how fucked the UK is under his leadership’.