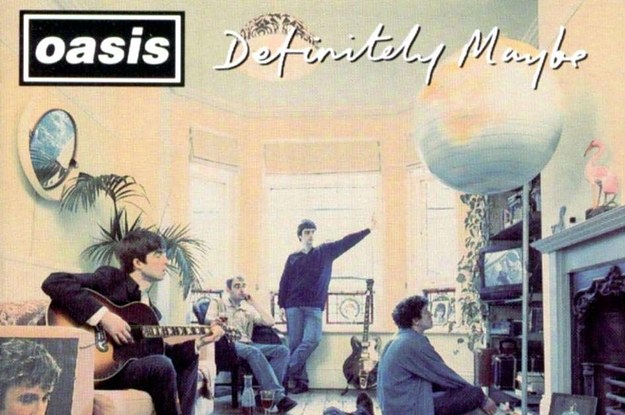 TODAY marks the 25th anniversary of the iconic Oasis album ‘Definitely Maybe’ which helped the band, lead by brothers Noel and Liam, announce themselves on the world stage with singles ‘Live Forever’ and ‘Rock ‘n’ Roll Star’.

Relive the magic with these essential facts about the 1994 album’s recording, release and reception which even diehard fans might not know:

Record executives thought the original album title of ‘Maybe’ was too ambiguous and so after $100,000 of market research the word ‘Definitely’ was added.

The original ‘Guigsy’ in the band was not Paul McGuigan but Man United winger Ryan ‘Giggsy’ Giggs, however, he was kicked out after City fans Noel and Liam discovered his real identity, that, and the fact he had shagged everyone’s girlfriends.

The brash rock sound of Oasis sparked fear among parents at the time, and there was a disturbing rise in teenage boys requesting shit haircuts just like the Gallaghers.

For the iconic cover of the album the two brothers wanted to showcase their best talents which saw Liam lying flat on the floor asleep and Noel spinning an inflatable globe with his mind while playing guitar.

The single ‘Live Forever’ was a chart success but Noel was said to be devastated when he was informed that it was in fact impossible for humans to live forever.

Donating blood is important, only 3% of the eligible Irish population give blood, providing blood for a population of over 4 million. While not at all related to the 25th anniversary of Definitely Maybe, it is nevertheless an essential fact.

The ‘n’ in Rock ‘n’ Roll Star stands for ‘not’. Liam was very insistent Noel write a song about how Oasis were definitely a rock band and not a roll band.

The album was a hit around the world but instead of going ‘big in Japan’, the band went ‘exceedingly large in Japan’ instead which resulted in the Japanese Godzilla alert system being triggered several times.

Definitely Maybe contains a hidden bonus track at the end of the album which is just 11 minutes of Noel and Liam fighting.

Band member ‘Bonehead’ was so named because unlike other humans his skull is made of bone.

In the song ‘Shakemaker’ Liam sings he would like to ‘make a house out of plasticine’. Such a cavalier disregard for trusted and safe building materials such as concrete saw Liam Gallagher Property Developments reported to the UK’s building ombudsman and banned from building homes.

The infectious ‘Supersonic’ clocks in at 4 minutes and 33 seconds but Noel admitted that if he had been consuming cocaine on the same levels as he did for the album Be Here Now the song would have been stretched to 13 minutes and 17 seconds.

Supersonic, aside from being a solid song, also contains the first ever mention of the beverage gin and tonic in recorded history.

To mark the 25th anniversary of the album Liam left a bag shit on Noel doorstep and set it on fire.