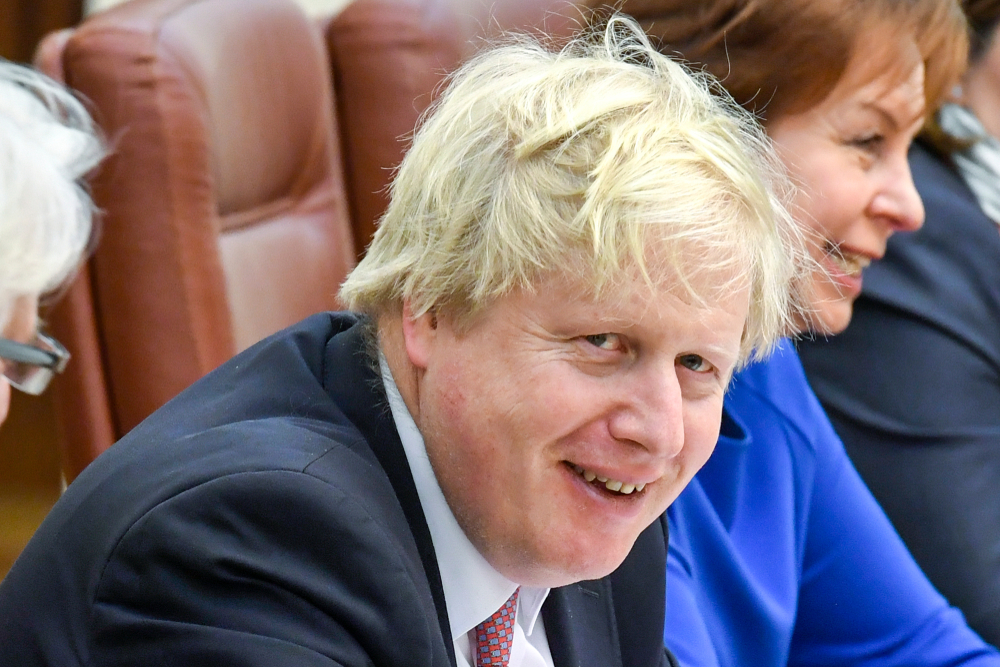 DISREGARDING hundreds of years oppression, famine and general cruelty towards the island of Ireland, the British political establishment peeled back its maggot infested foreskin before gearing up to fuck Ireland over yet one more time.

“Which way would you like it?” prime minister Boris Johnson asked the Irish public as he unzipped his trousers and unsheathed Britain’s throbbing influence, which has actually decreased significantly in size, virility and power since the old Empire days, “I’ll have to pull out that backstop lodged right up your border first, but the lubrication will cost you more than normal as it comes from outside the EU”.

Explaining the safe word ‘prorogue’, Johnson turned to the UK’s red-haired stepson, Northern Ireland, reassuring it that everything would be alright if its stupid ginger mouth just stopped talking about laws, agreements and human rights, that would be great.

“Don’t even think about knocking on the door, trying to get out, as there will be no one there to listen for the next few weeks,” Johnson advised NI, now hiding behind the Queen’s dress, “only for Ma’am and her family here we’d have sold you back to those Irish tinkers years ago – so count your lucky blessings, Paddies”.

Implementing the closure of the British parliament in a bid to stop any interference, democracy, an unfazed Johnson took a Victorian styled candle to the Good Friday Agreement before attempting to set it alight, followed by loud cheers from his excitable party colleagues.

“Ah, it will be just like the good old days, this is for you, Maggie!” the Tories gleamed, as their soulless, beady little eyes danced to the fire’s blue flame.