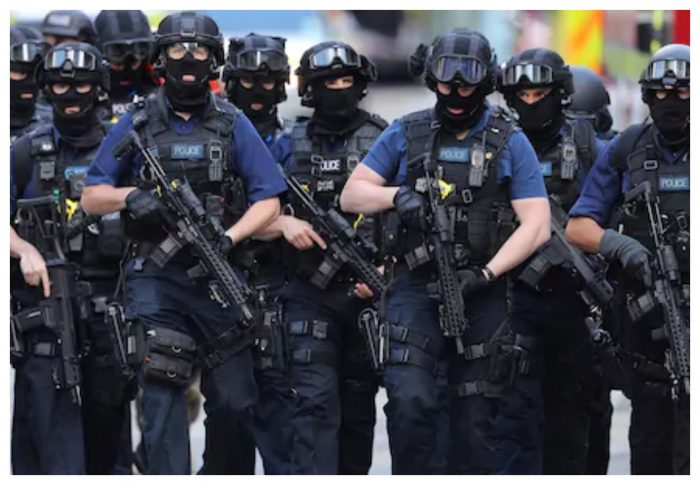 IRELAND’S police force An Garda Síochána has been left with no choice but to set up a dedicated unit, manned by 185 gardaí, with responsibility for a crackdown on Conor McGregor generated crime.

“While our targets are ambitious, we hope to get Conor McGregor based crimes down to single digits by the end of the year,” confirmed head of the new ACMU, Garda Gerry Dowd just as a siren sounded off indicating a new crime had been committed.

The ACMU has drones patrolling the skies 24/7 and all pubs have been fitted with an old man who can take a punch as a precaution while FBI criminal behavioural experts have been flown in to help get inside the mind of the Dublin man.

“The FBI lads are here to guess what a complete fucking moron would do, and invariable McGregor will do that very thing. Like spiting in the face of a puppy or calling a pensioner a bollocks for taking too long to cross a road,” confirmed Garda Dowd.

Overtime has been reinstated for police officers and they will now take to the streets in 14 new tactical vans specifically designed to combat the former part-time MMA fighter but they remain fearless.

“We won’t be required to wear any protective gear as recent CCTV footage shows his punches pose little danger to people, however, we must contain him so we’re freed up to look into the remaining .0006% of crimes committed in Ireland by someone other than Mr. McGregor,” concluded Garda Dowd.

Currently a Conor McGregor based crime is reported every five minutes in Dublin, however, gardaí have asked the public to ‘stop reporting his shit whiskey as a crime’ as while it is an affront to humanity, it is sadly not illegal.