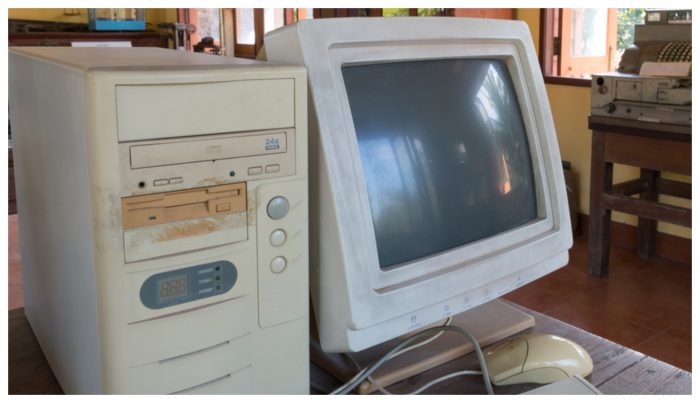 MAYO, DUBLIN, Tyrone and Kerry fans were treated yesterday to the warm familiar feeling of the GAA making a mess of the ticketing for a highly anticipated All Ireland championship game.

Supporters took to social media to vent their frustration about queues in shops and virtual queues online, with many people left queuing on online ticketing service tickets.ie for 6 hours only for the site to inform them tickets were sold out.

And fans are experiencing a rage-enducing repeat of this experience this morning as more tickets were allegedly put up for sale online.

In a bid to seek answers fans deserve from the GAA, WWN Sport has tracked down the one and only computer tasked with processing all ticketing requests and sales for the sporting organisation:

Question: This isn’t the first time there’s been a wide spread ticketing shambles which have left fans ticketless, what have you to say for yourself?

Answer: (sound of dial up internet is heard for next 15 minutes).

Q: Some would say the current system simply doesn’t work for much in demand games like an All-Ireland football semi-final. When will you see sense and solve this persistent cock-up?

A: (Windows 95 start up sound plays for several seconds)

A: Working on updates, 9% complete. Don’t turn off your computer. 17 hours left.

Q: C’mon! There was a serious failure in communication, and while people were stuck on tickets.ie for 6 hours, the same tickets were somehow available on ticketmaster.ie with none of the problems. But Ticketmaster wasn’t even advertised as a place you could buy tickets from? An explanation is seriously owed to supporters

A: (Solitaire randomly opened up on the PC).

Q: Why not distribute more tickets through clubs, so those who contribute, support and promote gaelic games regularly can secure tickets?

At this point the computer tragically caught fire and blew up. When asked to comment the GAA confirmed they would endeavour to replace the computer with a steam powered typewriter as soon as possible.