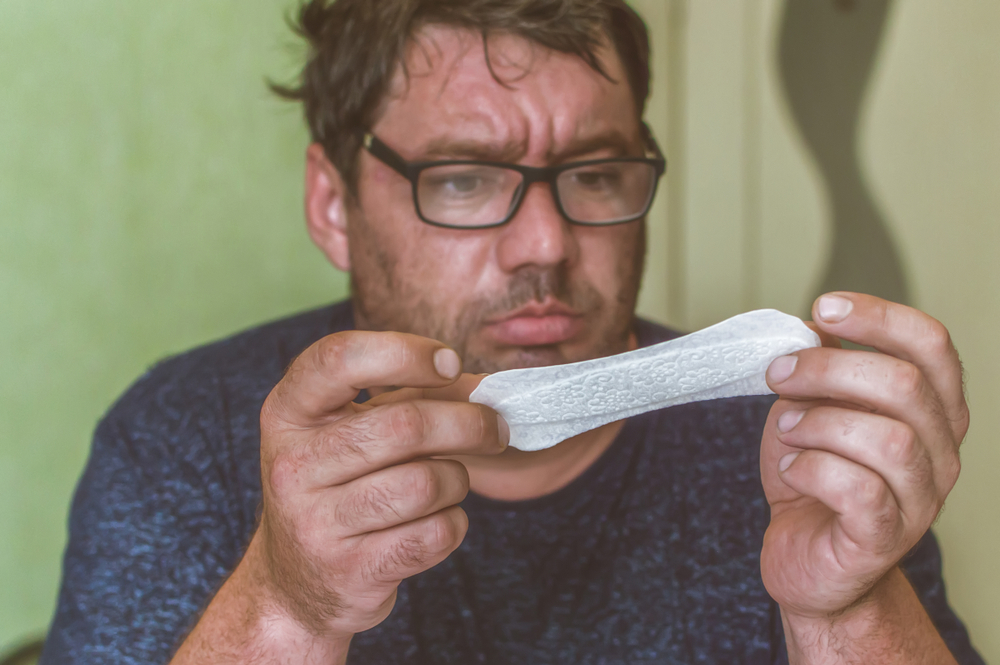 DURING one of his ongoing therapy sessions, Waterford native Ulick Whelan has opened up about how he still gets a little restless and ‘icked out’ if he has to pass through the female sanitary product section of a supermarket while grocery shopping.

Having already disclosed his uneasiness when passing the bra section of a Penneys when buying socks, Whelan revealed that a wall covered in Tampax and Bodyform stuff just kind of ‘grosses him out’, to the point where he will only shop in supermarkets where he knows he won’t turn a corner and be faced with a load of tampons.

Whelan, 40, puts his trauma down to instances in his youth when he was sent to the shop for ‘a message’ for his Mam only to be handed a parcel wrapped in newspaper, and has added that now that he thinks of it, he’s not that great around newspaper either.

“I understand that all women need these things, but still, fuck sake,” sighed Whelan to his therapist.

“So you’re telling me if I need deodorant or a toothbrush, I have to go to the fanny pad aisle? Ah here. I’m just not… no, it just doesn’t sit right with me. I’m sorry, but they shouldn’t sell those things in an Aldi. I’m here trying to buy cheap ham, not be reminded of periods”.

Whelan’s therapy sessions are expected to last for a very, very long time.