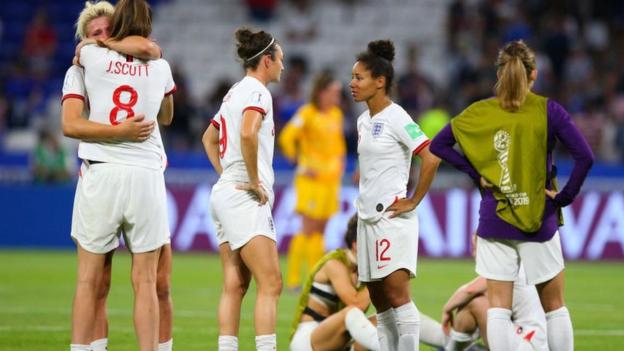 PEOPLE have been sharing their first hand accounts of joyously watching England lose to the USA in last night’s World Cup semi-final, providing concrete proof that when it comes to deriving joy from English football failure – the game has reached unparalleled levels of equality.

“I thought maybe since the women’s game gets fuck all coverage, I might not enjoy England losing as much since I’m a bit more familiar with the men’s team but turns out I’m just as hilariously petty,” shared one Irish man.

While many football fans watched the game as excited neutrals looking to be entertained, others delighted in England’s disallowed goal, missed penalty and late sending off proving beyond doubt female English footballers have reached parity with their male counterparts in the hearts of sports fans.

“Then they had to endure 7 minutes of extra time as the Yanks, who I’m no fan of either to be honest, took the piss at the corner flag,” explained another fan, who added that when times are tough she will picture Phil Neville’s hangdog face to cheer herself up.

“And they’ve lost their shit over Morgan’s tea cup celebration, I love this warm familiar feeling,” she added.

Despite losing to the reigning world champions, in a true example of the high esteem women’s football is held in by recent converts to the game, the fact England were obvious underdogs has been ignored by fans in favour of maximising the amount of jeering they can generate.