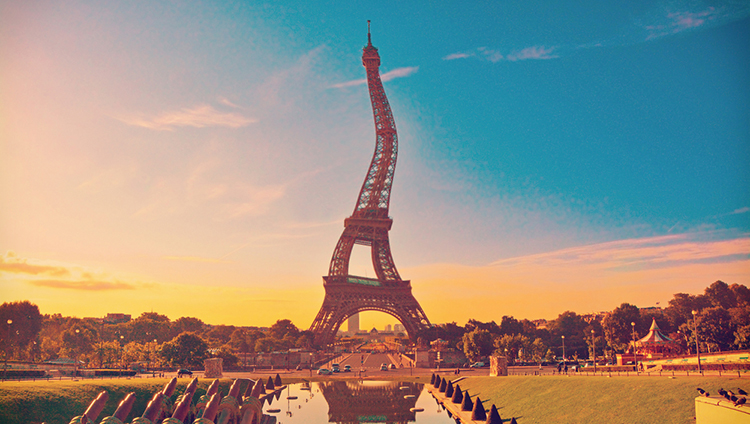 MAINLAND EUROPE is in the grips of an unprecedented recording-setting heat wave and French authorities are now on high alert as the Eiffel Tower is slowly beginning to melt in the intense and unrelenting heat.

The famous tower was constructed at a time when the average temperatures during summer were far lower than the ones experienced in recent years and despite its sturdy steel frame the iconic structure is slowly buckling.

“We’re asking all Parisians and visiting tourists to lightly blow on the tower in a bid to cool it down,” explained Paris’ chief structural engineer Laurent Frety, “If enough of you do it at the same time we might stand a chance”.

“And we apologise to tourists who hoped to reach the top of the tower to take one of those unique photos no one else has ever taken,” he added.

Soon a helicopter will hover above the drooping tip of the tower, attempt to hook a wire to the peak and try to lift the structure back to its normal position and wait for the temperature to cool in the evening and the steel to set again. However, it is not yet clear if such a move will work.

In other news across Europe, all citizens have been asked to gather up their sweat in bottles, bowls and buckets and donate it to local authorities so the liquid can be used to combat any droughts or fires in surrounding regions.

Some relief for Europeans has been experienced as it turns out the sweltering heat wave is no match against those shitty little hand-held battery operated fans that cost about €2.