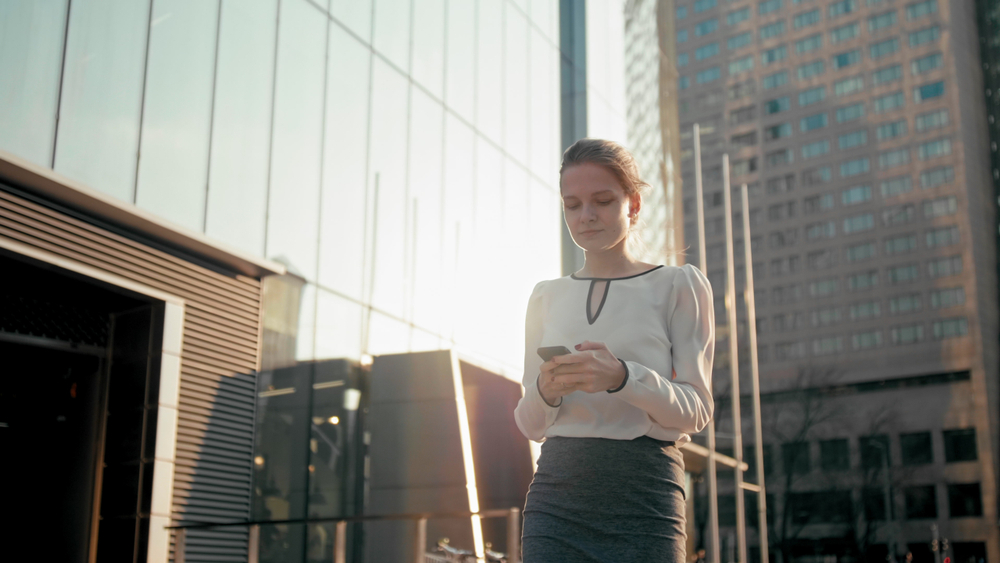 PEDESTRIANS in the Dublin city area have been put on high alert after reports of a very important person texting furiously while at the same time failing to raise their heads as they pound the pavement, WWN can confirm.

Some path-users were initially agitated by 28-year-old marketing executive Simone Henley knocking into their shoulders in an unapologetic manner, but soon changed their tune when they realised the full context of the situation.

“Oh my God, I’m so sorry, I didn’t realise she was a very important person who was impossibly busy,” remarked one pedestrian as they gently rubbed their sore shoulder.

As gardaí on the scene worked hard to clear the paths and provide Henley with undisturbed walking route on her way, presumably for a meeting to end world hungry or reverse climate change.

“I can see the situation for what it is now; it’s lunchtime during a work day and she’s wearing a suit. She’s just really important and I’m just a piece of shit, so concepts like not being an absolute prick on the paths just doesn’t apply to her, fair enough” added the pedestrian who clearly wasn’t a very important person because they always pay attention when texting and walking.

Very important people who bury their heads in their phones as they walk often rely on their peripheral vision and the politeness of others when maniacally texting while rushing from street to side street to street, and closely resemble an angry duck waddling vigorously.