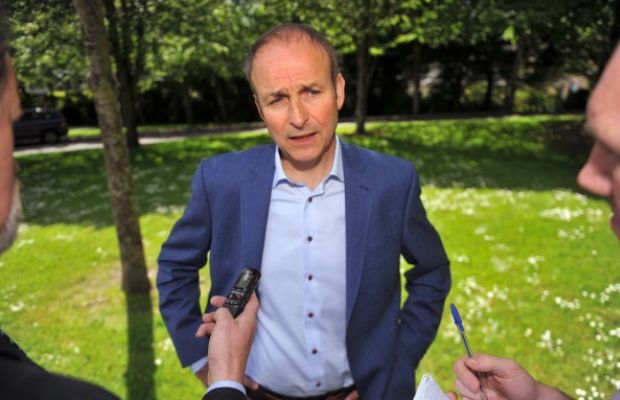 DESPITE a history of abuse throughout their near-100 year relationship, Fianna Fáil has promised to treat the country of Ireland better if it would only see it in their heart to give them one more chance, WWN can confirm.

Ireland was believed to be rid of Fianna Fáil once and for all after emphatically sending them packing in the 2011 General Election, following a decade of abuse that saw the country reduced to a mere shell of its former self.

However, with Ireland’s subsequent relationship with new suitor Fine Gael proving to be equally troubling, Fianna Fáil has come knocking on the door yet again, pleading repentance, begging forgiveness.

“It’s clear that the Fine Gael thing was a rebound job, that Ireland just sought comfort in the arms of someone who wasn’t Fianna Fáil,” said a concerned friend.

“And of course, the same troubles just crept back in. And now you have Fianna Fáil calling around again, 6 years down the road, acting like a new person. And it’s easy to seek comfort in the familiar; but Ireland needs to remember the bad times, not the good. They need to remember the unemployment, the emigration, the suicides, the misery. Ireland can claim that Fianna Fáil has changed, that they’re not the party they were ten years ago… but we’re just hoping they see sense and tell them to fuck back off where they came from”.

Meanwhile, new polls have shown that Fianna Fáil has spent the night with Ireland recently, and that they’re moving their stuff back into the house bit by bit.