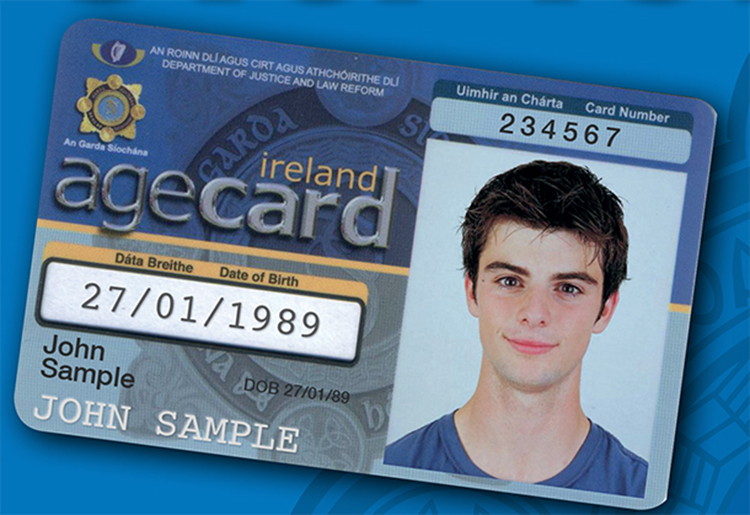 HE was the stand-up guy that all the parents loved; the straight-shooting young lad beloved by law-abiding bartenders and off-licensers alike… but whatever happened to John Sample, the first Irish teenager to ever receive a Garda Age Card?

Born on the 27th January 1989, John Sample made a name for himself as a bastion of sensibility, refusing to even attempt to purchase alcohol or enter a nightclub or rent a dirty movie at Xtra-Vision until after his 18th birthday.

Needing a spokesperson for their new ID card, the Gardaí contacted John and issued him with card number 23456, plastering his image on promotional posters in every chip shop in Ireland.

However, young Sample is said to have become overly cocky with his newfound celebrity status, and reports suggest he ran afoul of some nightclub bouncers in New York while on a J1 in 2008.

“The legal drinking age over there is 21, so John couldn’t get served” said a close friend of the Sample family.

“He got stopped at the door, even though he had his Garda Age Card. I remember him shouting, ‘You’re asking me for ID? I fucking am ID, pal”… well, that didn’t go over too well with a pair of Brooklyn bouncers. John was arrested and detained, and when questioned about his behaviour, he told the NYPD cops that he knew some serious high-up lads in the Guards, and there was going to be serious trouble”.

The situation quickly escalated as young Sample insisted that Irish cops had his back, prompting an international incident over what he claimed was the ‘illegal detainment of an Irish citizen by a bunch of Yanks who don’t recognise the international importance of an ID card issued by the Irish state’.

“The Garda commissioner had to ring him while he was in the cell in New York”, continued our source.

“He said, ‘do you know what kind of trouble you’re in, Sample?’. But sure John was adamant he should be served drink anywhere in the world.

“Sensing a diplomatic nightmare, the guards just washed their hands of him. The NY cops vanished him to Guantanamo Bay under suspicion of anti-American activities, and that was the last we heard of him. He’s probably still there, in an orange jumpsuit instead of his blue shirt”.

WWN would like all readers to spare a thought for John, and to his sister Emma Sample, who also appeared in ads for the Garda Age Card, as well as their parents Mary Sample and Alphonsus Henry Sample the 3rd.