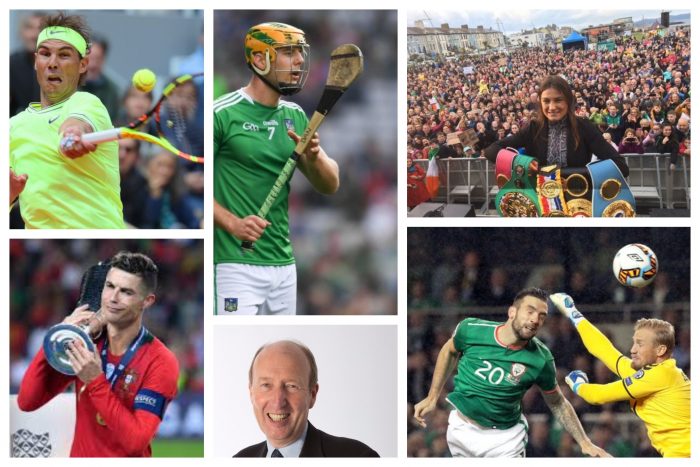 IT WAS an action packed weekend full of sporting intrigue with plenty of errors and mistakes, allowing mere mortals the opportunity to abuse multi-millionaires in order to feel better about themselves which at the end of the day is what sport’s all about.

WWN Sport has it all covered below:

Ronaldo’s muted celebrations after lifting the Nation’s League trophy were the source of intense speculation online. WWN has nabbed the exclusive; his seeming indifference to the victory is due to the lawyer’s representing the woman Ronaldo allegedly raped finally succeeding in serving notice by sneaking the relevant papers inside the trophy after month’s of Ronaldo being shielded by his advisors and club.

England won there 3rd place play-off game against Switzerland by winning a penalty shoot-out, yet further proof that England is actually just a figment of the coke-addled imagination of a Tory leadership candidate.

After Ireland’s 1-1 draw against Denmark and a hard earned point, the bumbling FAI are looking into changing its rules which prevents Ireland from scoring more than one goal per game. Fans are hoping the rule change comes in time for the game against Gibraltar tonight.

The women’s World Cup is in full flow, with the long overdue increased coverage and exposure providing yer Da with ample opportunity to belittle women.

Good news for Irish rugby as Leinster and IRFU have won yet another PR crisis management award after the Irish media just didn’t bother making a big deal out of news Sean O’Brien was caught openly urinating on a man during a Leinster team night out, the same night a former player knocked an under-20s player unconscious too. Well done everyone.

Undisputed World Champion Shane Ross was welcomed home by massive crowds in his hometown of Bray this weekend. “I could only have done this by myself, this is my triumph and my triumph alone” the humble Minister for Taking Credit told the crowds.

Rafael Nadal won the French Open for the 57th time.

Irish golf had reason to celebrate after Rory McIlroy won the Canadian Open, a perfect warm up for next week’s US Open major, where if things don’t do right many die hard fans will have no time for Britain’s Rory McIlroy.

Ireland made it to the final of the World Cup of Darts and narrowly lost to Scotland after a historic semi-final win against Holland. And for many fans passionately cheering them on, it was the first time they’d ever heard of such a thing.

After a fourth successive loss in the Munster Hurling Championship, Waterford fans have admitted to hitting their heads off things in the hopes of bringing on temporary memory loss, erasing the memory of this year’s campaign. However, Kilkenny lost so it wasn’t the worst weekend on record.