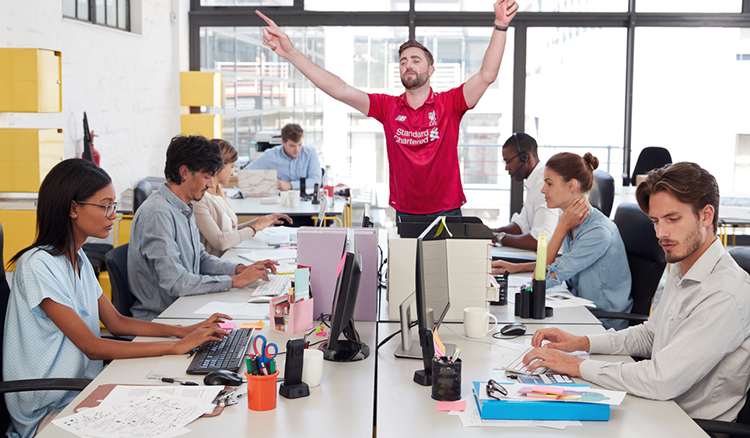 A LOCAL Liverpool FC fan is still riding high on his club’s recent Champion’s League win, much to the irritation of his non-Liverpool supporting colleagues, WWN Sport can report.

Damien Cleary is showing no signs of celebration fatigue as he strolled into work wearing Liverpool socks, shorts and jersey as well as what eye witnesses call a ‘shit eating grin’ for the third day in row.

“My body might be here but my mind is definitely on that open top bus tour around Liverpool getting rat arsed with Jurgen,” Cleary explained, whose coworkers have told him he’ll never walk again if he sings You’ll Never Walk Alone again.

Bosses at Cleary’s firm initially hoped the 29-year-old would return to normality but the company’s HR manager may have to intervene as the unwashed kit is beginning to smell.

“Daniel is the only Liverpool supporter in work so it probably would count as discrimination to fire him,” United fan and HR manager Brendan Freeley explained, “so we’re just going to turn one of the conference rooms into a sacred ‘celebration room’ space and brick it up from the outside once he steps in”.