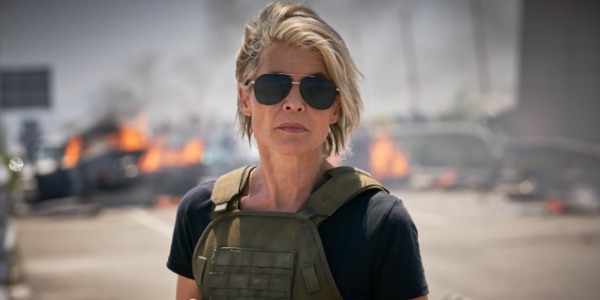 PRODUCTION on Terminator: Dark Fate has been suspended following the appearance on-set of what appears to be some form of highly-advanced cybernetic warrior, which trashed millions of dollars worth of sets and camera equipment before being brought down by a SWAT team.

Terminator: Dark Fate, the sixth movie in the 35-year-old franchise, looked set to tell the story of a war across time fought by machines yet again, and has coaxed franchise stars Arnold Schwarzenneger and Linda Hamilton back to the series with what industry insiders have described as ‘fuckloads of money’.

However the fate of Dark Fate looks dark at the minute after the robot rampage on-set, with sources close to production leaking reports that the mechanical marauder claims to be sent from the year 2178 in a bid to stop ‘any more of these shit movies being made’.

“Apparently in the future, all movies are Terminator movies. They just keep rebooting them every 7 months, trying to be a fraction as good as Terminator 2,” said an assistant to James Cameron, who witnessed the robot appear in a halo of electricity before storming on set in the nude screaming ‘fuck you, Cameron’.

“Humans are dying by the thousands out of sheer boredom. The world is a nightmare landscape, covered in posters for the next Terminator movie, still starring Arnie somehow. It seems that screenwriters in the future constructed a time machine to send this cyborg back to hopefully prevent this, and maybe have an original movie for once, and not just a cash-grab that relies on the goodwill still felt towards the first two movies in the franchise”.

Undeterred, Terminator: Dark Fate is set to resume production ahead of an October release date, with a further reboot set to arrive in January next year.