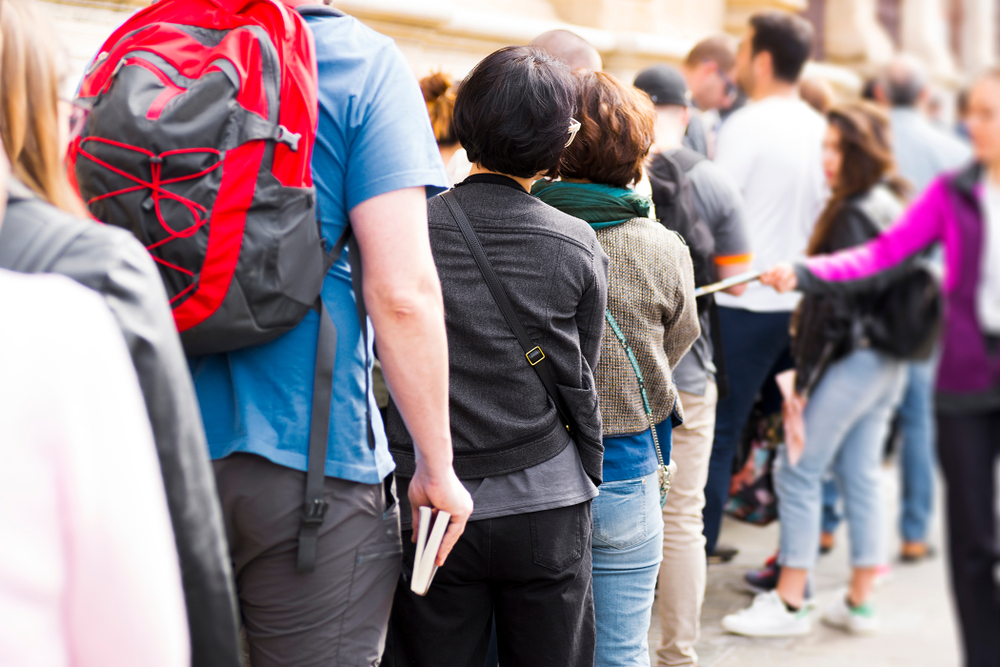 THE IRISH ELECTORATE voted resoundingly in favour of reducing the time it takes to obtain a divorce in Ireland and the positives from the result were soon evident out on the streets.

Significant traffic delays have been caused outside courts up and down the country this Monday morning as waves of bickering couples raced to have their decree of divorce granted.

The longest queue was seen in Dublin with a 12 kilometre stretch of couples waiting for the courts to open. While happy to be given the option for a fairer, speedier process the queues were still filled with agitated wives who insisted “see, look at the state of this queue, told you we should have arrived earlier”.

82% of the public voted to reduce the waiting time for a divorce from four to two years and recognise the validity of foreign divorces.

“This is just typical you, making everything my fault. How was I supposed know all unhappy couples were going to turn up at the same time? I’m not a mind reader Michelle!” was a familiar refrain from partners who had had it up to hear with their relationships.

Despite the empathetic yes vote, which will provide an easier path for domestic abuse sufferers to break away from violent partners, the worst fears of Catholic conservative Ireland are already being realised.

“People are getting married just to get divorced, they think it’s hilarious craic. I know one man, a friend or a friend who you wouldn’t know so don’t fact check me on this, well he got married on a Monday, divorced of a Tuesday, aborted of a Wednesday and gay married on a Thursday. It’s a disgrace,” confirmed someone clutching rosary beads like their life depended on it.