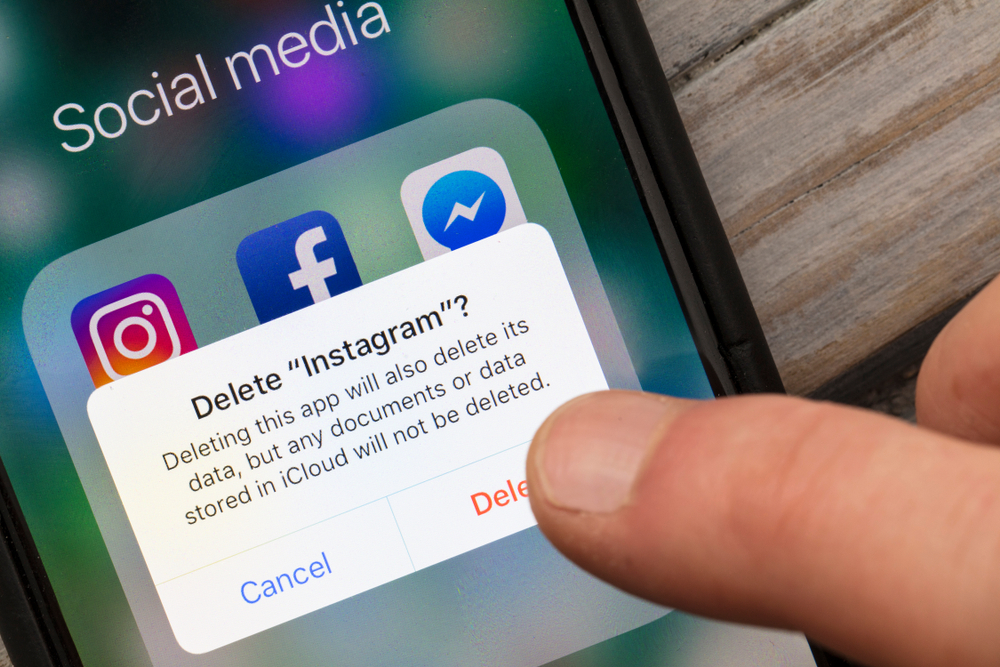 IN THE BEST example yet of a tech company taking the lead on reducing the potential harm social media apps can inflict on people’s self-esteem and mental health, photo dominant app Instagram has announced a new Mental Health Awareness Initiative which involves deleting the app from every user’s phone.

“We’re serious about mental health which is why we’ve deleted it from every users phone. God, this is such a relief, go on, go forth and truly enjoy your lives. Work on yourself, you do you,” confirmed a spokesperson for the radical MHAI.

Initially Instagram had launched another initiative with the hashtag ‘#RealConvo’ but after some intrepid employees of the app employed several brain cells instead they realised the answer was staring them right in the face.

“Yeah so we deleted it for everyone and really, we couldn’t be more proud. All those studies about how bad these apps are for your mental health started to bum us out,” head of Decisions We Should Make But Have Been Avoiding at Instagram Shyra Hidalgo explained to WWN.

“Well we wanted to really support our user base’s mental health so instead of targeting them with ads that preyed on their insecurities or shamelessly manipulating their mood through their feeds we just deleted the fucking app,” added Hidalgo, who is pretty sure she doesn’t have a job anymore.

Now when Instagram users open up their phone in search of a flood of images of pristine lifestyles lived flawlessly with pert flesh they will instead find that the app is deleted thus sparking a huge positive turnaround in how they feel.

Asked why Facebook hadn’t followed suit, a spokesperson said “don’t be stupid, no one is on Facebook anymore”.