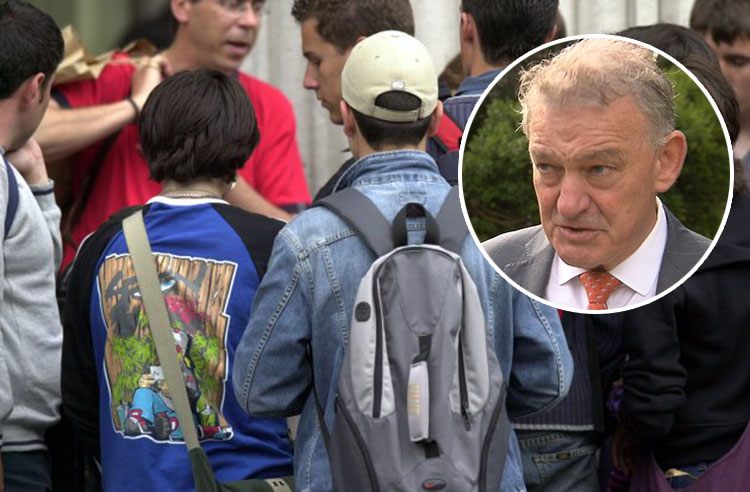 EUROPEAN parliament hopeful Peter Casey has hit back at claims that his entire campaign is based on pandering to racists and bigots, during a press conference where he also stated that if elected, he would end the student exchange programme that see’s Ireland ‘overrun with fucking Spanish kids for half the year’.

The former Dragons Den star and hefty contributor to Irish Revenue has made it clear that he’s not just pulling xenophobic, unworkable policies out of his arse in a bid to get votes from commenters on Journal.ie articles and Joe Duffy listeners, and has promised if elected to make Ireland exactly what you want it to be.

“Mr. Casey has listened to the people. He knows that what they want is no travellers, these damn Spanish kids out of the way, and whatever you’re having yourself” said a spokesperson for the Casey Campaign.

“We’re facing the same flak we received in the presidential run last year, where people accused us of just making shit up to appeal to the type of person who normally wouldn’t leave the house on polling day but would gladly make the trip to cast a vote for a candidate who promises to sort out dole scroungers and single mothers and foreigners and bird shit and loud music and queue-jumpers and the like. But no, everything we’re promising is 100% deliverable, and will be acted upon immediately after Peter takes his seat in the European parliament. Remember; a vote for Peter is a vote for whatever the fuck you want”.

Casey will be discussing his ‘Send The Spaniards Home’ policy this week on RTÉ every ten minutes, as well as in the pages of every single newspaper in the country.