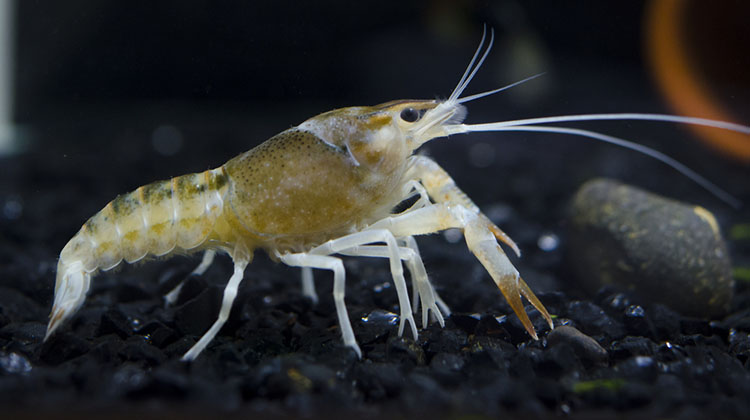 WWN’s Paddy Browne travels to the UK where new research has found a growing cocaine epidemic among the nation’s shrimp population.

Before embarking underwater with our guide and team of professional divers, I was warned not to come in direct contact with any of the shrimp by my translator who said that simply touching them could make me high and addicted to cocaine within hours.

After training for four hours previously with a Suffolk based diving team, we submerged and arrived at our location to be met with a swarm of shrimp, seemingly strung out from the ongoing contamination of cocaine.

“Got any yale, bag, charlie white?” engaged one shrimp, as translated by John, who has been fluent in crustacean for 20 years, “Special K? You can have my children, eat them. Just one gram man, c’mon?”

The desperation was clear. The translated words from our shrimp translator saddened me. How could things have gotten so bad in a freshwater lake in Suffolk?

“We found cocaine in all samples of shrimp tested in here, with ketamine also widespread, these shrimp are a lost cause now thanks to human consumption of the drugs,” John explained, now bargaining with several shrimp over some benzos, “Look, it helps them take the sting out of their urges. If it wasn’t me selling them, it would be someone else not as experienced. This is a human problem passed down through the food chain”.

At that moment I realised these shrimps were actually bottom feeders, feeding off the excrement, urine and decaying animals at the bottom of the lake bed. Upon resurfacing, I immediately picked up my phone and deleted my favourite prawn curry dish from my saved orders in Just Eat.

God was right all along: don’t eat shrimp.