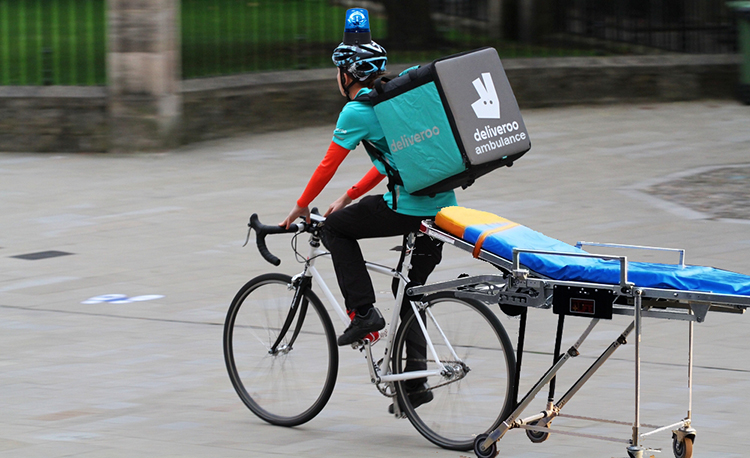 DUBLIN Fire Brigade announced plans to combat the amount of time patients spend waiting for paramedics with the introduction of a new app called ‘Ambulancr’.

Following complaints that some patients were forced to wait an hour for an ambulance due to lack of funding and chronic Dublin traffic, experts in the DFB’s problem-solving department struck on the idea of copying the Uber/Deliveroo business model, allowing freelance citizens to use their own vehicles as transport in emergency situations.

Although the conventional ‘dial 112 and wait an hour’ method of getting someone will still be in place, people are being advised to download the Ambulancr app on their phone as it may be much quicker to be collected by some lad in his 06 Punto.

“Just as Deliveroo allows anyone with a bicycle to make a few extra euro delivering pizzas, Ambulancr allows anyone with transportation to have a nice nixer carting people to hospitals,” shared DFB spokesperson, at a press conference funded by themselves and attended by nobody from the government.

“Say your neighbour drops down clutching his chest, he needs to get to a hospital quickly. You can tap twice on the app and any Ambulancr people in the area will appear on your screen. You can see their stats, how many people they’ve saved, how many have died in their cars, and what they’re driving. This will help you choose who can get you to the hospital based on urgency. Heart attack? You’d really want someone in a fast car, not a lad in a rickshaw. You might lose a few people before you get the hang of it, but you will get the hang of it”.

The government has welcomed the scheme as it’s one less thing for them to worry about, and have asked the Fire Brigade to make sure that anyone operating as an Ambulancr pays income tax on their earnings.