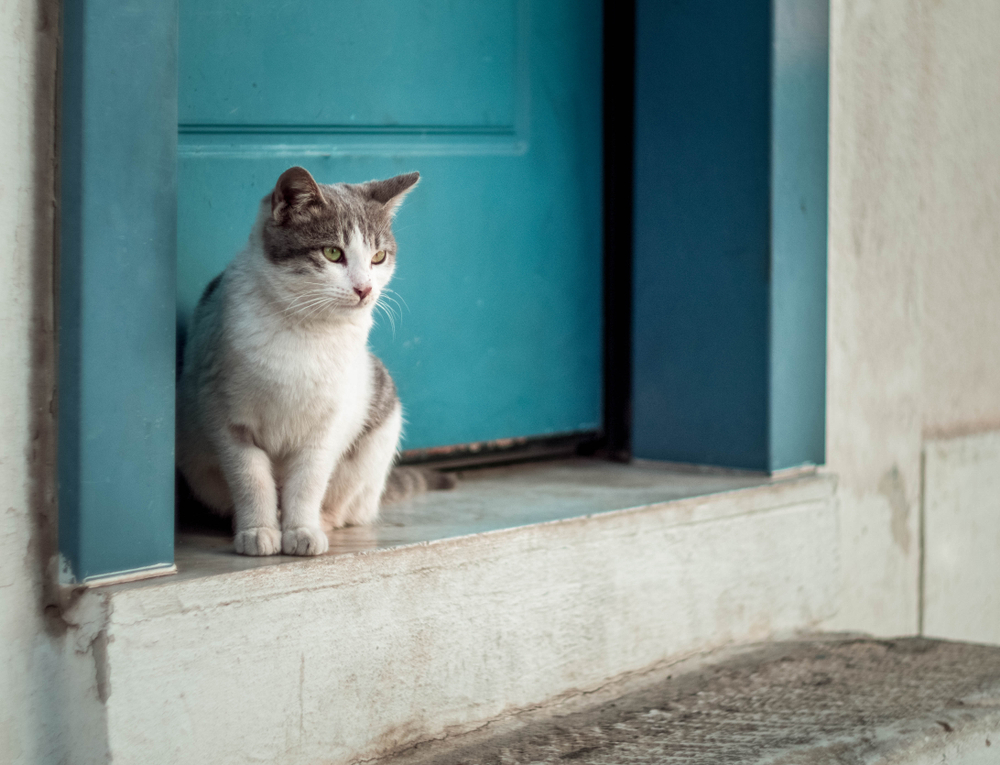 WWN would like to congratulate Waterford family the McAirdles on their new pet kitty cat, which they have acquired by simply moving into a house in a neighbourhood where someone else owns a cat.

The McAirdle’s moved to Dungarvan earlier this year, and although they have no love for cats nor indeed any intention to get a pet at all, have found themselves locked in a joint custody agreement with their neighbours regarding a black and white tom cat who the McAirdle’s have taken to calling ‘the cat’.

With ‘the cat’ spending 50% of his day in the McAirdle’s garden meowing, rummaging through bins, riding other cats and just staring in the fuck out of the family at all times, Dad Martin McAirdle has finally accepted the fact that yeah, it looks like they now own a cat.

“We do not like cats, we did not want a cat, and we certainly would not have picked this God damned thing” sighed Martin, looking out the window at ‘his’ cat licking its balls.

“In fact, we’re not the only people to have squatters rights to the thing. Strictly speaking, the cat belongs to all six families on this road, like some sort of feline timeshare thing. We get him from 2pm-7pm, then he goes and roots through the bins up and down the lane. We’ve tried to tell him to fuck off but it’d be easier to just move house again”.

The cat was unavailable for comment, as he was eating the top half of a sparrow so he’d have something to puke up in the next hour.