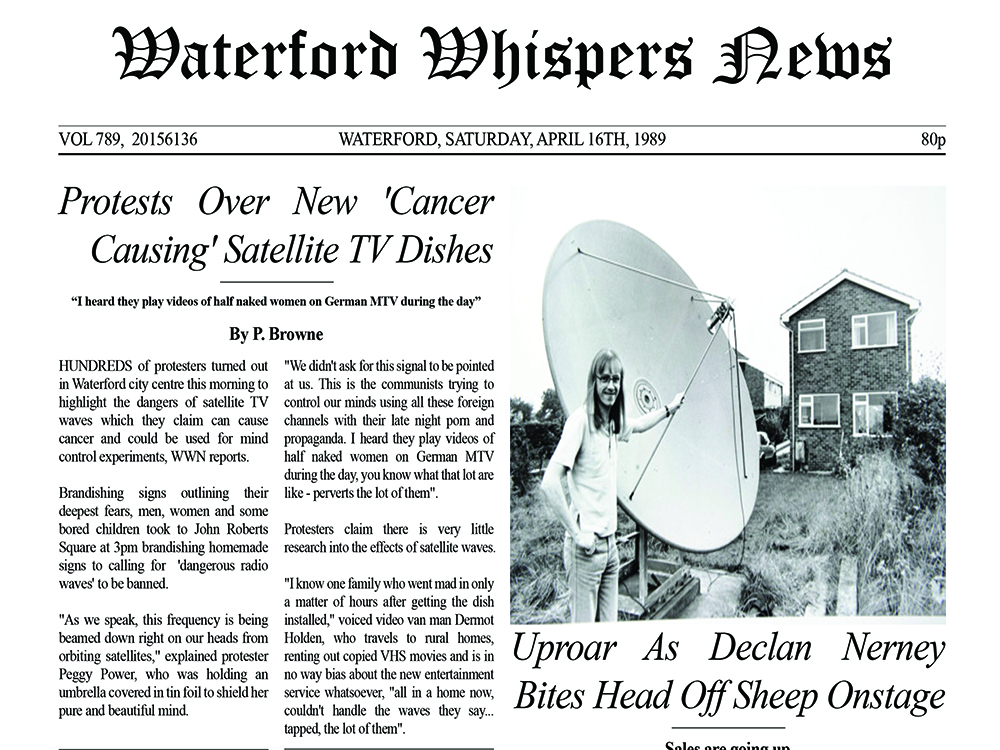 HUNDREDS of protesters turned out in Waterford City centre this morning to highlight the dangers of satellite TV waves which they claim can cause cancer and could be used for mind control experiments, WWN reports.

“As we speak, this frequency is being beamed down right on our heads from orbiting satellites,” explained protester Peggy Power, who was holding an umbrella covered in tin foil to shield her pure and beautiful mind.

Protesters claim there is very little research into the effects of satellite waves and that harbouring a dish on the roof of your house is just asking to be struck down with all sorts of terrible cancerous diseases.

“I know one family who went mad in only a matter of hours after getting the dish installed,” voiced video van man Dermot Holden, who travels to rural homes, renting out copied VHS movies and is in no way bias about the new entertainment service whatsoever, “all in a home now, couldn’t handle the waves they say… tapped, the lot of them”.