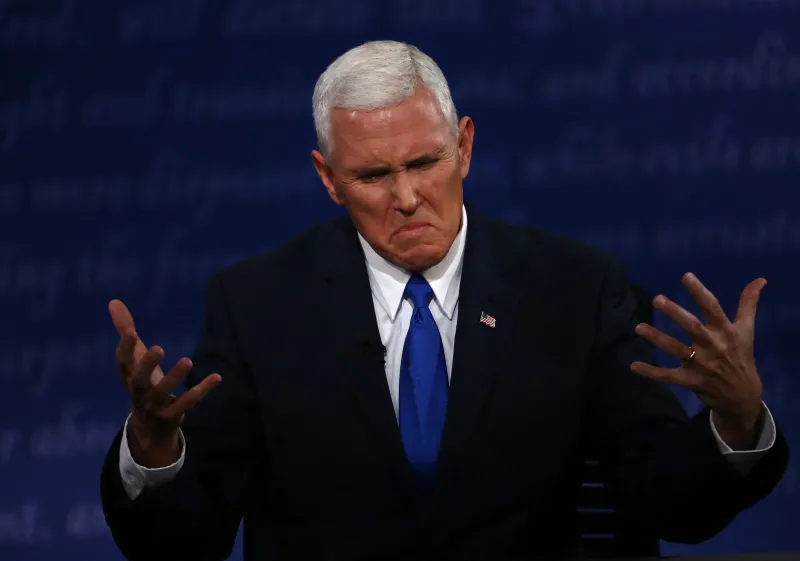 A LEAKED copy of the Taoiseach’s itinerary for his St. Patrick’s trip to the USA has revealed that Leo Varadkar is set to meet with US Vice President Mike Pence at the White House today, beside which Varadkar has written ‘wear face off the mot through the whole thing’ in pencil.

Although VP Pence has been openly critical of homosexuality in the past he now claims to love all people as equals, a theory that the Taoiseach seems intent on testing when he attends the breakfast with his partner Mike Barrett.

True to his words, Varadkar has arrived at the White House linking arms with Mr. Barrett, and the pair appear to have spent the majority of the morning sensually feeding each other spoonfuls of yoghurt before kissing each other passionately while VP Pence looks on, ‘totally cool with it’.

“Well, that’s young love for you, what can you say?” said Pence following the meeting, dabbing at a nosebleed that just wouldn’t go away.

“Taoiseach Varadkar and his… and his boyfriend are more than welcome to the White House any time. I hope this dispels any myths about me and my stance on LGBT people. I know I signed a load of anti-LGBT bills and I’m damned if I’ll let them serve in our military, but as you can see, I’m totally cool with them. I just watched two of them giggle over a tub of Nutella, and I didn’t vomit once”.

Mr. Pence will be unable to attend any of the other St. Patrick’s Day festivities, as he is set to undergo a surgical eye-bleaching procedure in the next hour.