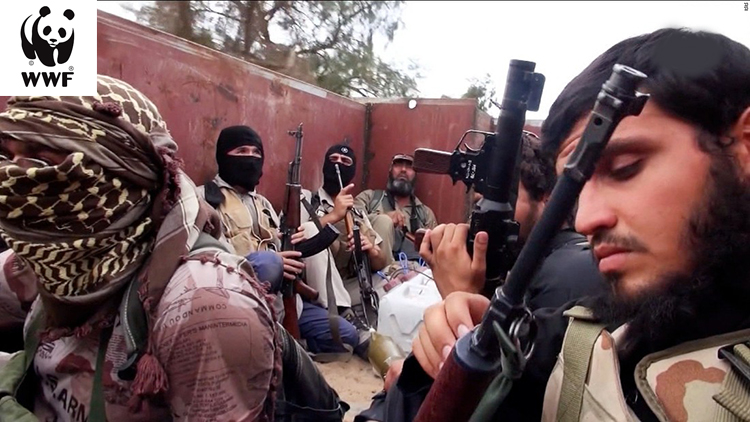 ISIS is disappearing. With as few as 1,500 fighters left in the world, this terrorist organisation could soon disappear for good. But with your help, we can save Islamic State.

In the mountains and towns of Syria and Iraq, ISIS once majestically roamed. These fearsome fighters proudly massacred, kidnapped or enslaved thousands of civilians and soldiers. Now, thanks to airstrikes, drones, coalitions and international condemnation, they face extinction.

Amir is one such ISIS fighter. Recruited at 15, he’s known nothing but torture, murder, brainwashing, and more murder since the day ISIS came to his village and told him to join them or face execution. Hasan is another ISIS soldier. He joined up because he really liked the idea of killing huge amounts of people.

Without urgent funding, Amir and Hasan will not survive.

We’re looking for donations from countries with a vested interest in destabilising the Middle East to urgently donate as little as €4 a month. This money will go to buying weapons, food, supplies, and recording equipment – all of which will help ISIS regain the stranglehold of terror they once held in the region.

Without aid, ISIS may not be able to provide the perfect excuse for military intervention in the Middle East, and the West may lose their ability to influence policy in the area.

Should ISIS become extinct, rogue government agencies will be forced to train a new splinter terrorist organisation that will eventually turn on their masters and wreak havoc in the area.

Can you sit back and watch them lose ISIS?