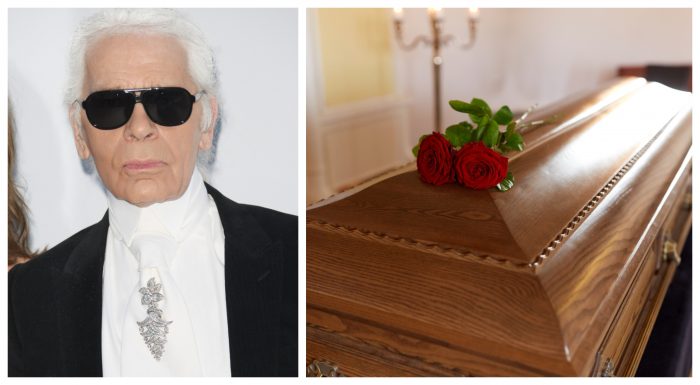 WWN FASHION has joined our industry brothers and sisters in mourning this week following the death of Karl Lagerfeld, who is currently laid out in a shroud that does nothing for his profile if we’re being perfectly honest.

Karl, probably the best Lagerfeld in the world, passed away this week after 60 years in the fashion industry, during which time he captured the imagination of the world with his designs while letting fatties know their place in the world, which is why it’s such a shame that his current coffin just looks so… puffy.

Vocally critical of migrants, the #MeToo movement, Adele, women who weren’t a size zero, and women in general, the 85-year-old has left a sizable hole in the fashion industry, as well as a sizeable hole that needs digging in the cemetery.

“We don’t really feel comfortable sending Karl out like this, so we’ve ordered him to lose 20lbs immediately so we can squeeze him into a smaller size of coffin,” said a close family friend.

“It’s what he would have wanted. He spent his entire professional life berating women for their size, so it’s only right that he lead by example and shed some weight before the big day. Look at that coffin. It’d take fifty catwalk models to carry it, although in fairness they’re weak from not eating so they could match his standard for the industry”.

UPDATE: to avoid fat-coffin embarrassment, Lagerfeld is to be cremated and his ashes kept in a barrel.