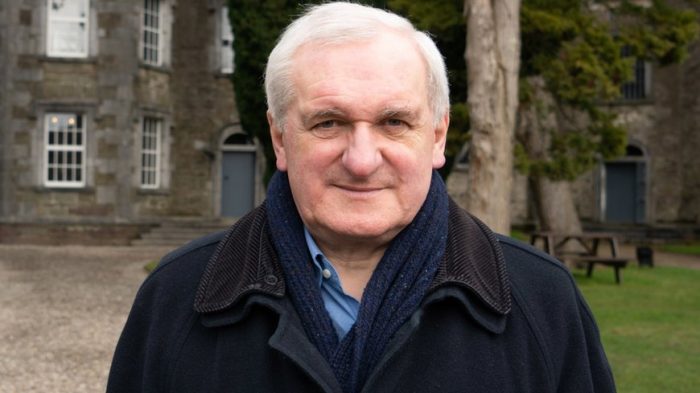 IN A BID to see what all the fuss is about, WWN’s sister site Gash went in search of a date with former Taoiseach and all round lash Bertie Ahern.

Firing up Tinder and flicking more ferociously than a teenage boy at his first disco, we diligently flicked through all our options, casting everyone aside that wasn’t a former Taoiseach posing as a 35-year-old.

Using a WhatsApp voice message our mate John forwarded on to us from his missus Claire, who got it from Aine in work who got it from a girl she works with who is basically best friends with the girl who went on a date with the former FF leader, we carefully studied the details in order to enhance our chances of securing a date with the one and only flirty Bertie.

Despite Ahern himself denying claims made on a WhatsApp message everyone believed just because, team Gash wasn’t going to give up that easily even if there was a very high likelihood indeed that this rumour was all bullshit.

After dislocating our good swiping finger, some 3,456 swipes later we had our man. What should we see but Bertie’s beaming smile shining up from the LED display of our phone. Jackpot.

Team Gash is a normal good looking girl of 28 flicking around Tinder looking for sexy hot young men so we were really confident of a match with our catch.

Bertie looked really nice in the pictures, one of him in the Dáil, one of him looking real important shaking hands with Tony Blair.

He was really charming in the chat and asked us out on a date. He suggested some fancy restaurant like Chapter One or McDonalds.

He asked that we ring and book the table under his name but the night before the date he sent us a message.

“Look listen, I just need to fess up to something, the photos I’m using aren’t me. I’m actually a fucking nobody and I don’t get any dates when I use my photos cus you bitches are beyond fucking picky”.

Now we thought fuck it, we’ll get get a meal out of it and even if he’s a serial killer a meal’s a meal. Dying on a full stomach. Could be worse.

Off we went dolled up to our 5s (since it wasn’t Bertie, what’s the point in going to the full 9s).

We walked in, and who’s sitting there…?

We dunno, couldn’t place the guy’s face. Gash hadn’t never seen this lad before but sure we sat down. Yeah, you got it, we were catfished by some average looking nobody. He said his name was Ronan. Seemed sound enough.

Trying to replicate what’d be like to be on a date with Bertie we asked Ronan to pay with cash out of a brown envelope and wondered out loud why people who talk down the economy don’t killed themselves. We went a big heavy on the cocktails for a Tuesday night, but sure look.

Anyway, Ronan was savage in the sack and at the end of the day isn’t that what it’s all about.